The Sergeant Baker is probably named after Governor Phillip's orderly sergeant, William Baker. The species is commonly seen by divers in on the New South Wales coast.

The Sergeant Baker can be recognised by its long tapering body, blotched colouration and its behaviour. The species is commonly observed by divers as it perches on the substrate with its head raised.

Adult males and females are easy to tell apart. Several of the anterior rays of the first dorsal fin are greatly elongated in males, nearly reaching the adipose fin. The elongated dorsal fin rays can be seen in the middle image.

The Sergeant Baker is probably named after Governor Phillip's orderly sergeant, William Baker. Sergeant Baker came to Australia as a Corporal of Marines on the transport ship Charlotte. He was reported to have been a keen fisherman, and possibly the first white settler to have caught this species.

The species occurs in bays and coastal reefs down to depths of 250 m.

This species is endemic to Australia. It is recorded from temperate waters from the central Western Australian coast to southern Queensland.

View a description of the Larval Sergeant Baker.

It is reported to be a poor to fair table fish. 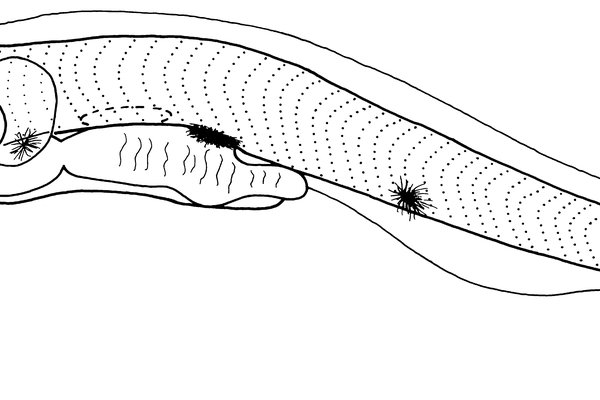 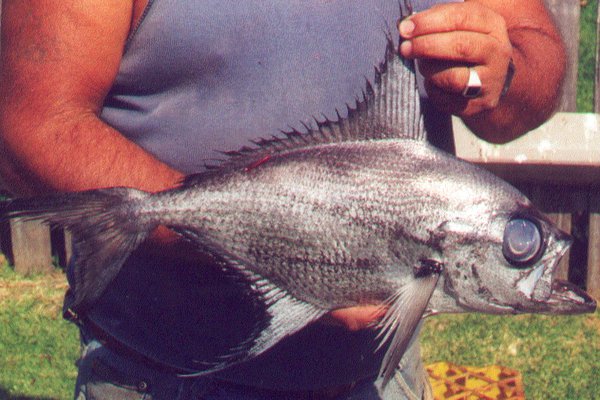 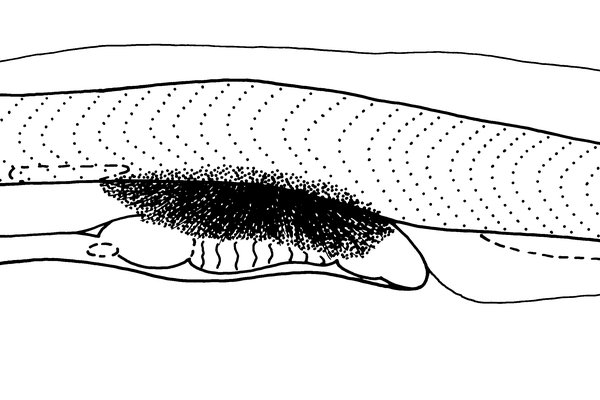