Adult Emperor Angelfish have diagonal yellow and purplish-blue stripes on the body, and a curved black bar covering the eye.

Angelfishes of the genus Pomacanthus are known for their dramatic colour changes with growth. The juvenile Emperor Angelfish (image below) is dark blue-black with a white ring on the rear of the body. This is surrounded by incomplete circles of blue and white. 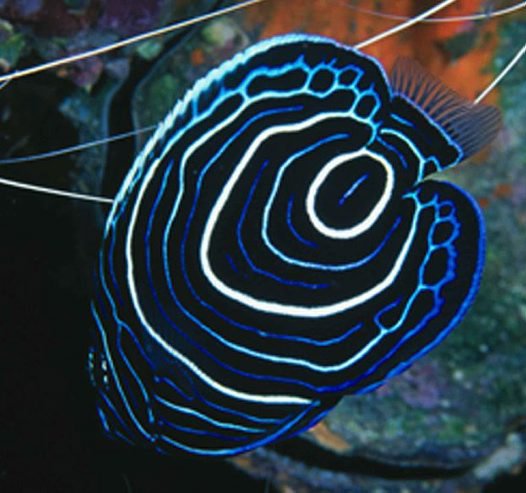 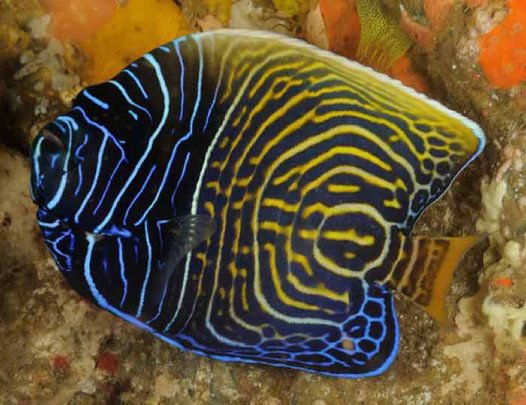 The species occurs on coral reefs. Juveniles are often seen under ledges near cleaner shrimps.

The Emperor Angelfish occurs throughout much of the Indo-Central Pacific. In Australia it is known from the central Western Australian coast, around the tropical north and south to the central New South Wales coastline.

Angelfishes are some of the most popular tropical marine aquarium fishes. 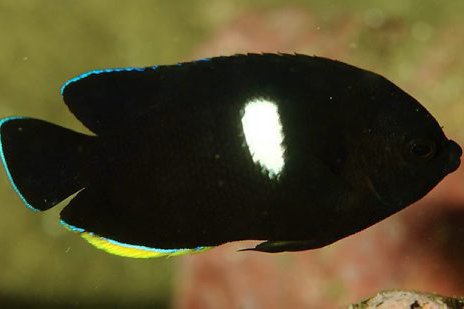