Eye-stripe Triggerfish is a tropical Indo-West Pacific species that has a yellowish stripe through the eye.

The Eye-stripe Triggerfish is brown with a green to yellow stripe from the eye to the pectoral fin base. The tail is yellow-brown with distinct white margins. The lower part of the head is often purplish-blue.

Juveniles are yellowish above, white below and black laterally. They have a yellow patch on the tail.

It is usually seen in sheltered reef areas.

It occurs widely in the tropical Indo-West Pacific.

In Australia it is known from the central coast of Western Australia, around the tropical north and south to southern New South Wales. 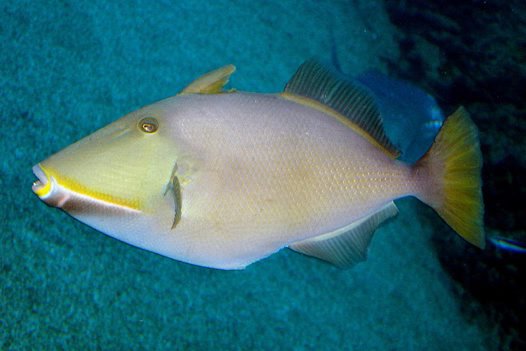 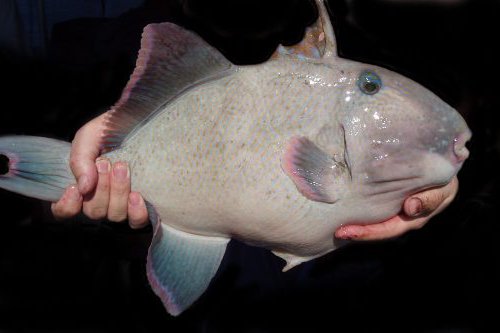