The Yellowspotted Triggerfishis blue to greyish with small yellow to orange spots. The species is found from the Eastern Indian Ocean to the Central Pacific.

It occurs on coral reefs and tropical inshore waters.

The species is found from the Eastern Indian Ocean to the Central Pacific. In Australia, it is known from north-western Western Australia and the northern Great Barrier Reef, Queensland to southern New South Wales. 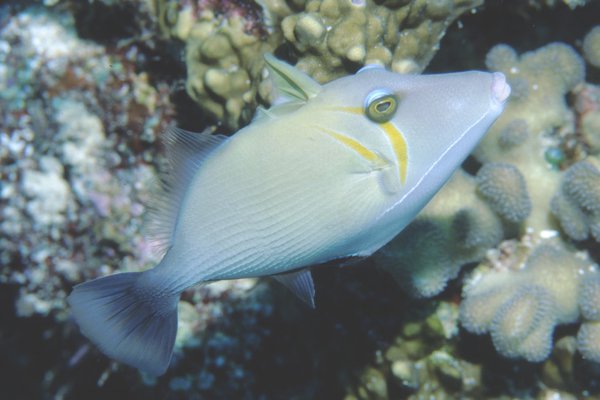