For many years it was assumed that the Australian Museum's collection of exquisite glass marine invertebrate models was made by the famous 19th-century German glass makers Leopold and Rudolf Blaschka. However the evidence to support this assertion had never been found. In 2009 archivist Patricia Egan searched the Museum's Archives to find the link.

What was known about the glass models in the Archives collection?

A copy of a Museum memo noted the models had been registered as 'specimens'. Unfortunately entries in the Collection Register only noted that they came from the Museum’s 'Old Collection', though the listing confirmed the models were indeed those specimens.

A web search revealed that the Blaschkas began making sea anemone models commercially in 1863 and in 1890 signed an exclusive agreement with Harvard University to make glass flower models. The time frame for the Museum obtaining the marine models was narrowing.

Research into Museum donations, exchanges, reports and registers for the period did not shed any further light on the puzzle. The models are not in the lists of recently obtained specimens printed in early Annual Reports, though the 1883 Guide to the Contents of the Australian Museum noted that glass models of sea anemones were on display alongside spirit specimens. A search of the Index to Letters Received prior to 1883 did not include any relevant entries.

However the Trustee Minutes for 1879 revealed that the Museum was actively engaged in enriching its collection of educational and comparative anatomy specimens with special parliamentary funding. Australian Museum Trustee Archibald Liversidge, who had recently undertaken a study of European museums, recommended items for purchase along with suitable suppliers.

The Minutes noted a letter to Mr Fric who ran an education supply business in Prague, regarding the purchase of specimens. A search of the Outward Letter Books for 1879 unearthed a copy of the letter to Mr Fric including the direction to obtain 'glass models of invertebrates made by Dr Blaschka'.

Not all of the Australian Museum’s early correspondence has survived. With a suspicion that any correspondence would have been filed under the category  'purchase of specimens', Patricia read these letters next. She found the answers to the puzzle in the fifth bundle which included correspondence with Mr Fric about the glass models he was purchasing from the Blaschkas.

Mr Fric’s purchases were sent to Australia in three shipments. As well as the glass models, the shipments included specimens along with papier-mâché and wax models. Mr Fric subsequently wrote enquiring about the condition of the wax models which had travelled across the equator in carefully packed lead chests but did not enquire after the fragile glass models. 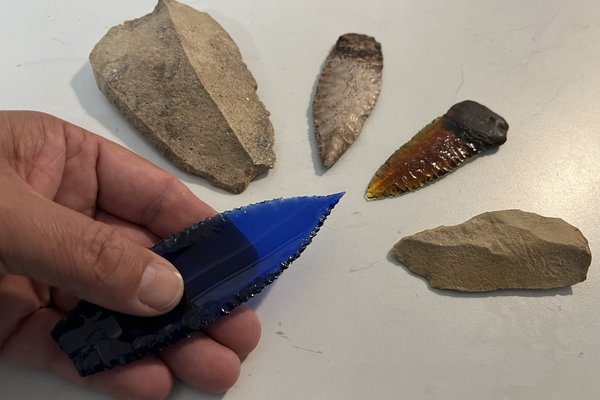 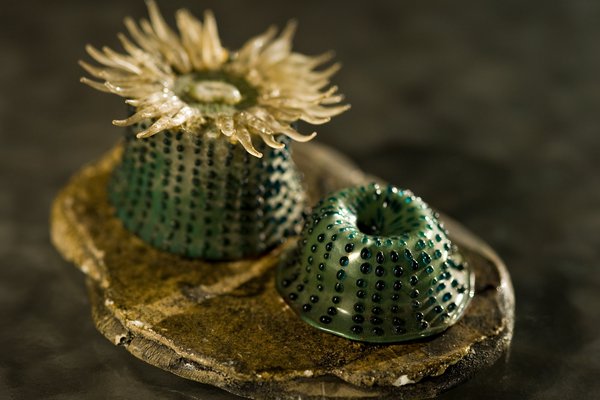 In 2009 archivist Patricia Egan demonstrated that the fragile glass models in the Museum's Archives were made by famous 19th-century German glass makers Leopold and Rudolf Blaschka.