Quartz is Earth's most common mineral and is present in a wide range of rocks. It forms in the trigonal system. Quartz can occur in small to very large crystals (crystalline) or as fine-grained material with crystals invisible to the unaided eye (microcrystalline).

Crystalline quartz is often colourless, but it can be milky white, purple, yellow, orange, brown, black or, rarely, pink:

Fine-grained quartz has slightly different physical properties because of its different structure.

The general name for fine grained quartz is chalcedony.

Chalcedony is usually white, grey or blue and can be opaque or translucent. Because its structure is porous it readily accepts impurities and can give it a range of colours. For commercial purposes, it is often artificially stained.

Chalcedony that is coloured and patterned is given many different names that often describe its appearance. Some well known names are:

Fine-grained and crystalline quartz are often found together, as in Thunder eggs. These nodules, weathered from volcanic rocks, can contain chalcedony infillings surmounted by quartz crystals.

Chert is a fine-grained, sedimentary rock consisting largely of silica but also containing other minerals. An attractive banded variety, called ribbon stone, is found in Western Australia and the Northern Territory.

Quartz is found all over Australia, both as crystals and as fine-grained material. Rock crystal and smoky quartz are found in all states, while amethyst and citrine are less common.

Chalcedony, agate and jasper is found Australia-wide. Some sites stand out as providing high quality material and some are, or have been, mined. In Western Australia, the Ashburton River area provides fine amethyst for gemstones and mineral specimens. Chrysoprase is found at several localities and silicified rocks, such as jaspilite and tiger iron are used for ornamental purposes.

In Queensland, fine chrysoprase is mined at Marlborough. Agate Creek and Mt Hay provide superb agates and thunder eggs. Some other thunder egg localities are Nambour, Eumundi, Mt. Tamborine and Wycarbah, west of Rockhampton. Chalcedony, including the rarer blue chalcedony, is found in the Monto area.

In Tasmania, the Lune River area is well known for its fine agates and silicified wood.

Beechworth, in Victoria, provides some quartz, including amethyst and citrine.

Australia’s most prolific sources of gem quality quartz has been Kingsgate, in north eastern NSW. This area abounded in rock crystal, smoky quartz and citrine in large, clear crystals up to 3 metres long. As well as providing material for gemstones, this quartz was pure enough to be used for quartz oscillators in radio communications, until synthetic quartz replaced it.

Much gem quality quartz has come from the Oban River area in New England. Quartz, including amethyst and citrine, is distributed over an area stretching from the New England plateau to Stanthorpe, Queensland.

Fine quartz specimens have been found at Nundle, as well as attractive chalcedony, cornelian, agate and jasper.

Brazil contains some of the deepest purple amethyst and largest geodes ever found. This impressive amethyst-lined geode shows hundreds of glittering crystals. 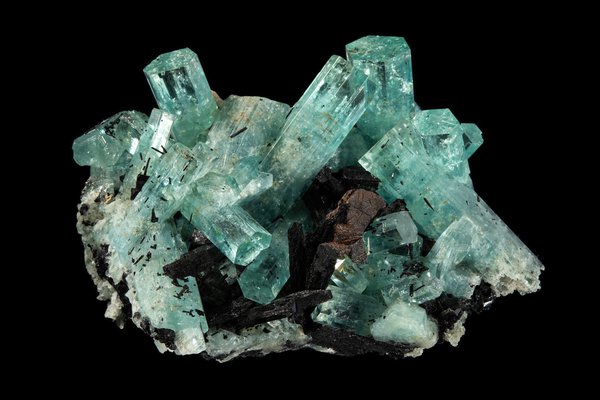 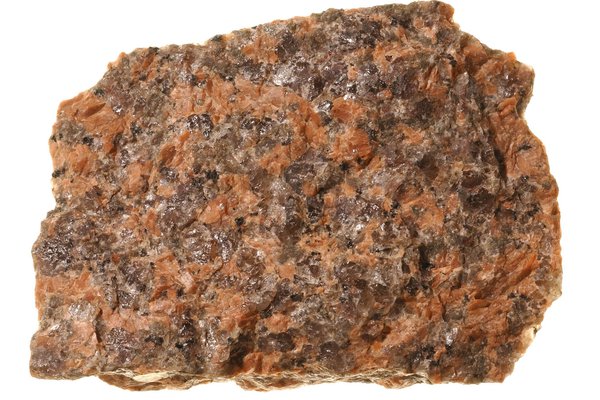 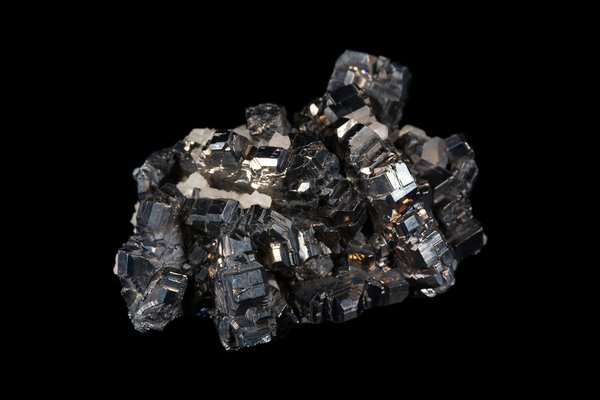 With its large, silvery ‘cog-wheel’ crystals, this is one of the finest bournonites in the world. 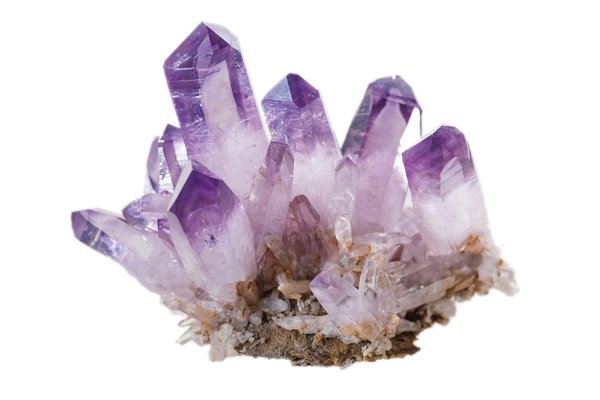 These sharp, lustrous and transparent purple amethyst crystals are a variety of quartz. 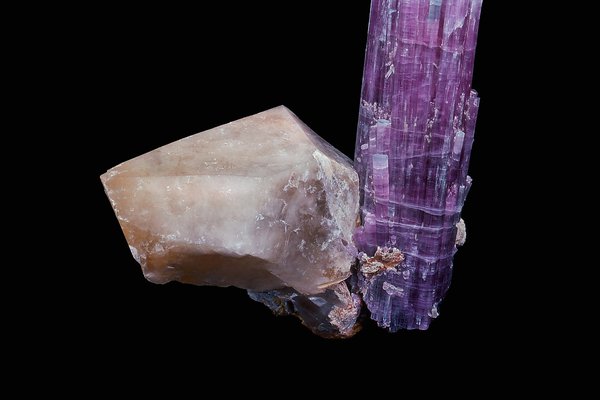 This particularly large and colourful columnar crystal of rubellite tourmaline has an attached milky quartz crystal. 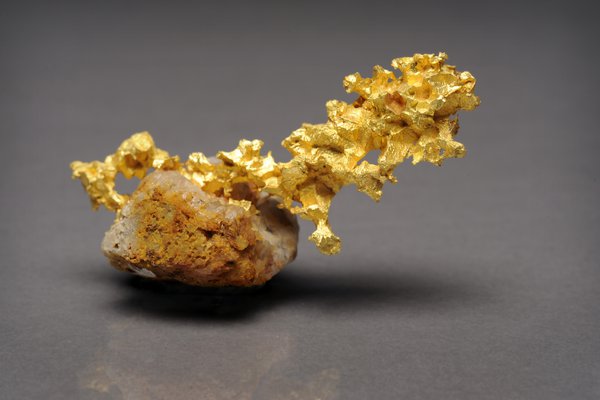 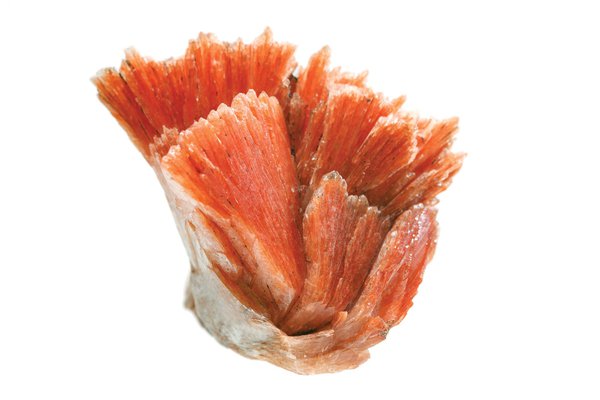 This is an attractive group of lustrous, orange, diamond-shaped crystals arranged in radiating sheaves.