Gem deposits are most easily classified according to the geological environment in which they have formed.

Most diamonds are derived from volcanic rocks called kimberlite (named after the famous South African town of Kimberley where these rocks were first described) and lamproite (the host rock for the Argyle diamond mine in Western Australia ) which occur as vertical pipe-like bodies called diatremes. Kimberlite forms from a very explosive volatile-rich magma that forms deep down within the Earth (greater than 150 km) and rises rapidly to the surface because of the high fluid pressure. As it rises, it fractures the surrounding rock explosively and so, most kimberlite pipes contain abundant xenoliths from all levels of the mantle and crust that the kimberlite has passed through on its way to the surface. Kimberlites most commonly occur on the old continental cratonic regions of the Earth though themselves range widely in age from thousands of millions to tens of millions of years.

The diamond grade in kimberlites is generally very low (a few carats per ton of rock) and so, much rock has to be processed in order to find the elusive diamonds. The Argyle diamond mine in the Kimberley region of Western Australia is the world's largest producer of diamonds though around 95% of the diamonds produced are of industrial grade. However, Argyle produces a number of rare and valuable pink to red and attractive light brown shades. Most of the world's gem-quality diamonds come from Africa (South Africa, Botswana, Angola, Namibia, Zaire, Sierra Leone, the Congo) and Siberia, Russia. Most of the earliest diamonds were mined in India, and later in Brazil.

Sapphires are the colourless, yellow, green, pink and blue gem-quality varieties of the mineral corundum. They formed deep in the Earth's crust and were brought to the Earth's surface in basaltic magmas as xenocrysts. However, they only occur sporadically in the basalts and are uneconomic in these rocks. Economic sapphire deposits are only found when the basalt is weathered and eroded away, leaving behind the heavier minerals such as sapphires and zircons which become concentrated in placer deposits.

Other gem minerals which formed from magmas include:

Volcanic opal also forms from hydrothermal fluids. However, although volcanic opal has attractive colour-play, it contains abundant inclusions of water and cracks easily. It is not often used as a gemstone. The largest deposits of volcanic opal occur in Nevada, USA and Mexico. All of the ancient deposits of opal came from volcanic rocks in present-day Slovakia and were mined for at least 2500 years.

Other important gemstones which form from hydrothermal fluids in volcanic environments include the various varieties of silica such as amethyst, agates, petrified wood and chalcedony.

Turquoise is a compact blue-green phosphate mineral which is derived from low temperature fluids, usually by the weathering of pre-existing sedimentary phosphate deposits. Turquoise has been mined since at least 4000 years ago and was particularly prized by the ancient Egyptians and Persians. Most of the turquoise today is mined in the western United States of America. Small turquoise deposits occur in northern Victoria, in the Narooma-Bodalla region of the New South Wales south coast, and at Amaroo station in the Northern Territory.

The only gem minerals commonly occurring in metamorphic rocks are garnet, zoisite (variety tanzanite), ruby and emerald. Rubies are the gem-quality red variety of corundum. Most rubies occur in high-grade metamorphic rocks such as gneisses and marbles. The largest producer of gem-quality rubies is Burma. Although some rubies are associated with sapphires in basaltic rocks, these occur as xenocrysts which were originally derived from high-grade metamorphic rocks in the lower crust and brought to the surface by the basaltic magmas. Most of the world's emeralds are mined from low-grade carbonaceous schists in Colombia, South America. In Australia, emeralds occur within biotite schists in Western Australia, and within pegmatites in the New England region of New South Wales. Other gemstones which occur in metamorphic rocks include iolite (the gem-quality lilac-purple variety of cordierite), titanite and kyanite.

Jade is a term given to tough compact aggregates of two minerals, jadeite (a pyroxene) and nephrite (a term given to a group of amphibole minerals, not a mineral). They occur in a wide range of colours, though the green variety is the best known. Jade forms solely in metamorphic rocks. By far the largest jade deposit in Australia is at Cowell in South Australia which exports thousands of tons of nephrite jade every year to Asia. Jade is tough because the minerals of which it is composed are very strongly interlocking.

By far the most valuable gemstone formed in sedimentary environments is precious opal. The largest deposits of this occur throughout central Australia in far western New South Wales, south-west Queensland and central to northern South Australia in what is known as the Great Artesian Basin. Most of these opal deposits occur in fine-grained rocks of Cretaceous age.

Some of the gem-quality opal occurs as complete replacements of fossil shells, dinosaurs (including the famous plesiosaur skeleton of Eric), belemnites (parts of fossil squid) and glauberite crystals (these are called opal pineapples). Most of the opal deposits occur as replacement beds within the sedimentary rocks. The opal-bearing horizon is discontinuous and so, mining for opal is a very disheartening job at times. Most of the opal horizons are only a few centimetres in thickness, and more commonly, the opal occurs as small pods called knobbies.

Because of their toughness and resistance to weathering and erosion, gemstones are relatively abundant in some placer deposits. Most of the sapphires from eastern Australia occur in placer deposits where they have become concentrated by alluvial processes. Other important gemstones which commonly occur in placer-type deposits include diamonds, zircons, topaz, rubies, garnets, agates and petrified wood.

Gem corundum deposits of Greece: a spectrum of compositions and origins. Proceedings

Facts about Sapphire and Ruby. 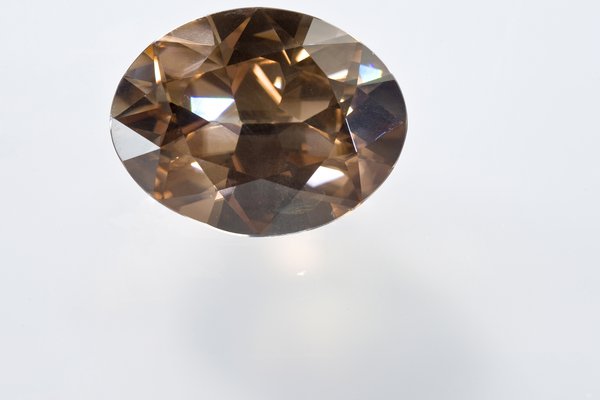