In 1910 the Australian Museum purchased 54 Peruvian pots from Mr Thomas Colston. Colston was engaged in establishing a sugar mill in Cayalti, southeast of Chiclayo in the Lambayeque Province of Peru, probably in the last years of the 19th century. Cayalti was an estate and sugar plantation owned by the Aspíllaga family. A narrow gauge railway, opened in 1904, was built to help transport the sugar from Cayalti to the port of Eten. 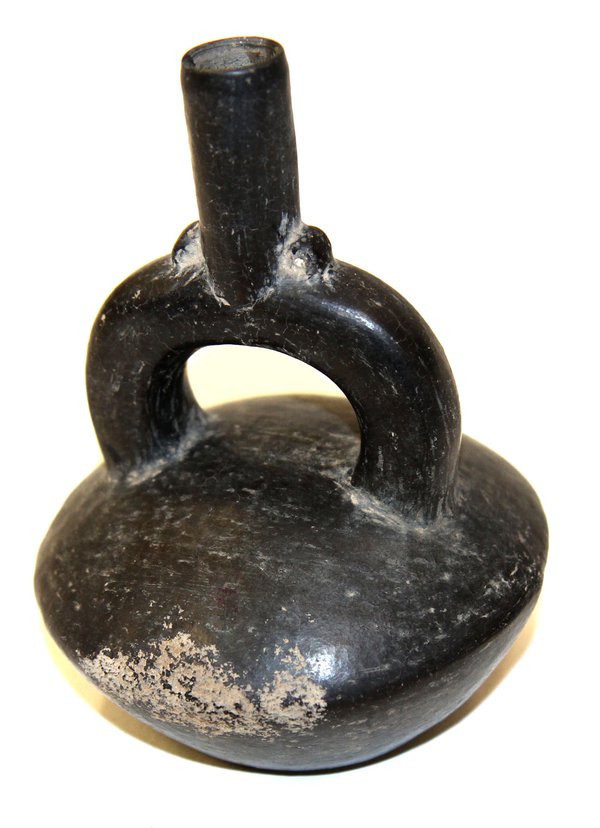 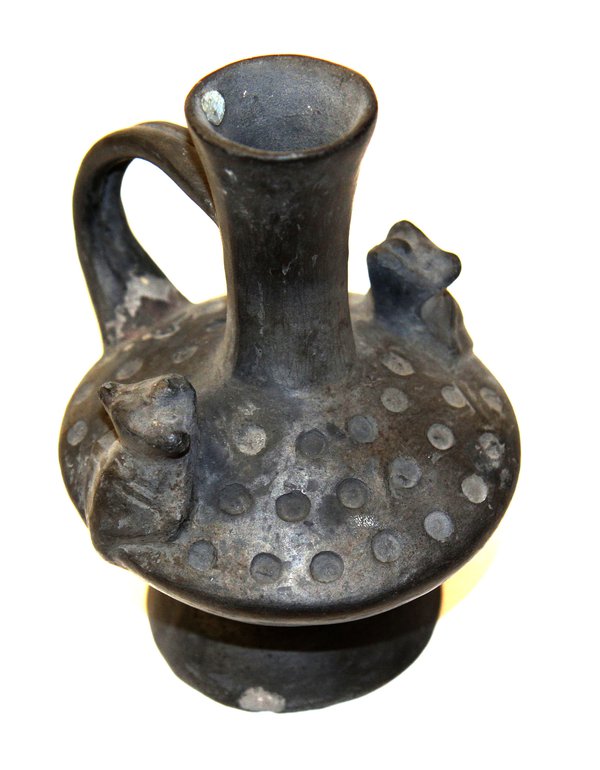 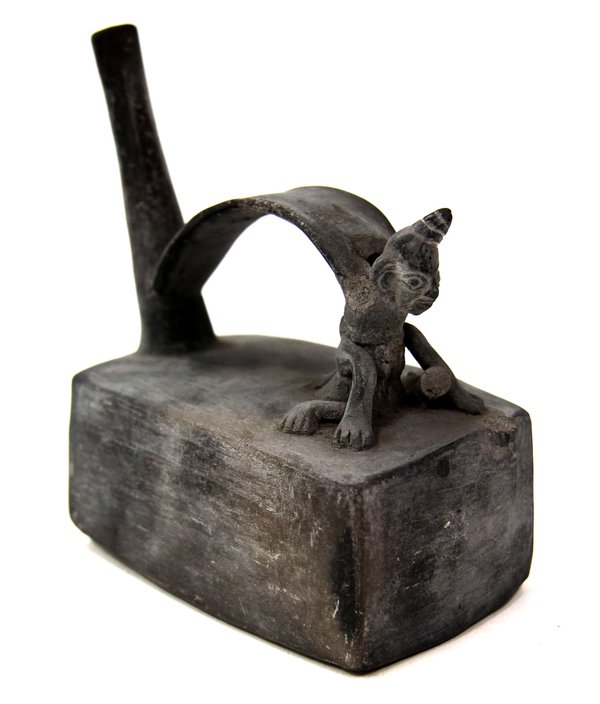 While in Cayalti, conducting an excavation for the Mill’s foundations, Colston uncovered a substantial body of pre-Columbian artefacts. Being of Scottish descent, he donated over two hundred objects, mostly bronze, silver and pottery to the Royal Scottish Museum (now National Museum of Scotland). Later he unearthed what was described as an extensive cemetery from which a sizable collection of ceramic pots was recovered - some eventually sold to the Australian Museum.

This small collection of pottery is important for several reasons. In the 19th century, in the pioneering period of Peruvian archaeology, pottery began to be used to construct sequences of prehistoric cultures in chronological and spatial dimensions – often more reliable than ancient monuments and architecture. This was in big part due to the fact that pottery was mass-produced, commonplace and usually stylistically distinct in different cultures.

Furthermore, Colston’s collection has relatively good provenance, unlike some other early collections assembled via small dealers and other collectors of antiquities. For example, a comparable collection of 54 pots purchased in 1847 by the Copenhagen Museum (now the National Museum in Denmark) was assembled in Callao or Lima by the Galathea Expedition of 1845-47 – almost certainly via local dealers or local collectors (and the provenance is not reliable).

The mass production of Chimu pottery, frequently using moulds, and its abundance in domestic and funerary sites looks unusual. It suggests that pottery played some other role, beyond an obvious supply of pots for daily and ceremonial use. Perhaps its production and storage was another form of accumulating wealth and therefore economic and political power. If it was the case – it was not entirely successful. Ironically, however, Chimu culture made itself one of the most visible and prominent in posterity through the nearly obsessive activity of potters.

La Hacienda Cayalti, owned by Don Ramon Aspillaga, was once one of the most important in sugar production in Peru. The local plantation of sugar cane provided an ample supply for the sugar mill, constructed at the end of the 19th century. The residue remaining after the sugar making process was also used as raw material in papermaking. The Estate was also renowned for its famous Peruvian Paso horses. The railway, 66 km long, had a 0.60m narrow gauge and operated from 1904 to 1970, bringing sugar to the Port of Eten. This farm later became the Agrarian Production Cooperative Cayaltí.

The (first) Galathea Expedition 1845-1847 initiated by the King of Denmark, Christian VIII, had political and scientific objectives. The expedition circumnavigated the world in the Danish Navy Corvette Galathea (1833-1861). This expedition brought back home 93 containers of 'zoological, entomological, botanical and geological objects' and 21 boxes of ethnographic material.

Deep-sea amphipod community structure across abyssal to hadal depths in the Peru-Chile and Kermadec trenches.

Peruvian connections in the Museum’s holdings.

Moving on or settling down? Studying the nature of mobility through Lapita pottery from the Anir Islands, Papua New Guinea. In From Field to Museum—Studies from Melanesia in Honour of Robin Torrence, ed. Jim Specht, Val Attenbrow, and Jim Allen

What was the significance of Lapita pottery at Talasea?