Three shell rattles were collected by Dr Walter Edmund Roth in Mapoon Queensland in 1899, and were acquired by the museum in 1905. Roth didn’t write much about shell rattles in his notes, except that people in the Pennefather River area (Cape York Qld) make rattles by stringing certain shells together, and tying the ends. Each of these rattles collected by Roth is made from different shells; cowrie shells (Cypraea subviridis), Arca pilula shells and Strombus campbelli shells. These are strung onto hand spun bark fibre string, which has been threaded through drilled holes in each shell.

The more recent examples in the collection are from Arnhem Land in the Northern Territory. One is comprised of several different types of shell, which had holes made in them with the pointed end of a steel knife. The original string, which broke and is no longer attached to the shells, is made from two ply ‘galawun’ (ficus virens). The shells came from debris found on a beach. The other two rattles incorporate snail shells. One is made from green synthetic string, walnut seeds and a snail shell, while the other is made from snail shells, painted red and with white dots, threaded on string. 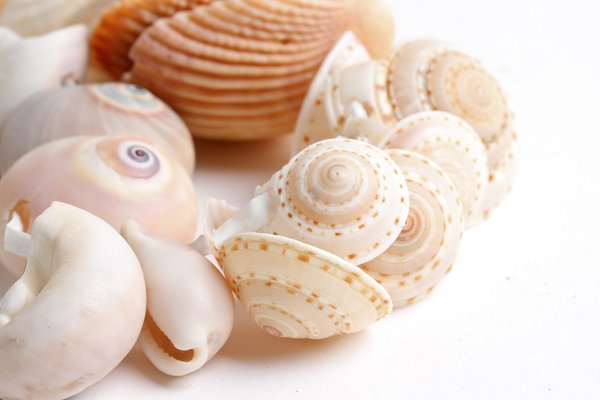 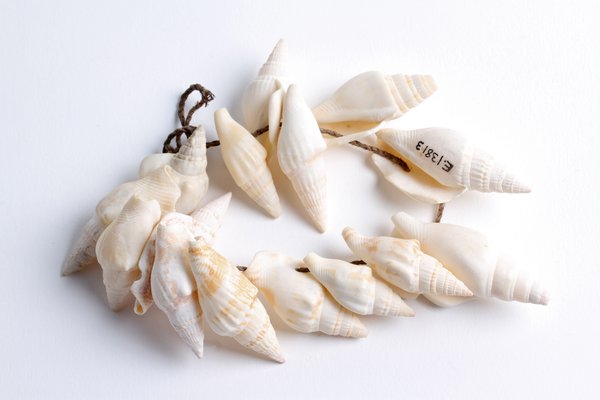 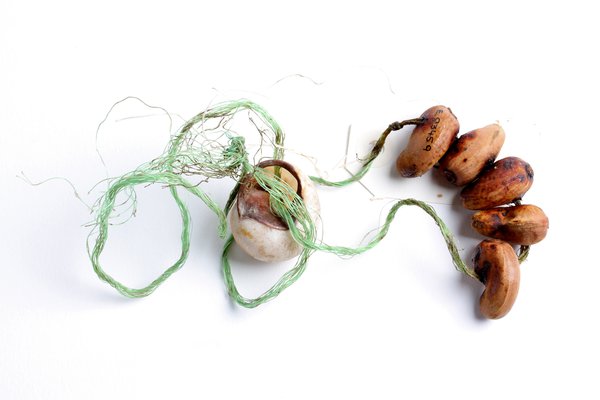