These are made from small gourds which have been mounted on sticks, and secured with fibre and resin. There are small holes in the side of the gourd, and when the stick is twirled between the flat part of two hands, it creates a whistling sound.

Also from Queensland are three tops made from beeswax, and attached to a thin stick of wood. These small tops would have been spun between a thumb and finger.

Not all spinning tops were made solely for the amusement of children. We have three tops from Mer (Murray Island) in the Torres Strait made from volcanic tuff, shaped with a flat top and spherical base. There is a wooden spindle inserted through a hole drilled in the centre. These were used by men in competitive games, as described by anthropologist Alfred Haddon;

“The proceedings opened with a kolap, or top-spinning match. Top-spinning was a great institution in Murray Island during the time of our stay there. On one occasion there were thirty tops spinning at the same time. The men sang songs, and there was great cheering-on of slackening tops, and shouting and jeering when one stopped. At the critical time, as a top was dying, great care was taken to shelter it from the wind so as to prolong its ‘life’ a few seconds longer. At one match we timed the four best tops, and found they span for [24-27 min]... The top is spun by repeated slow, steady, sliding movements of the outstretched palms" 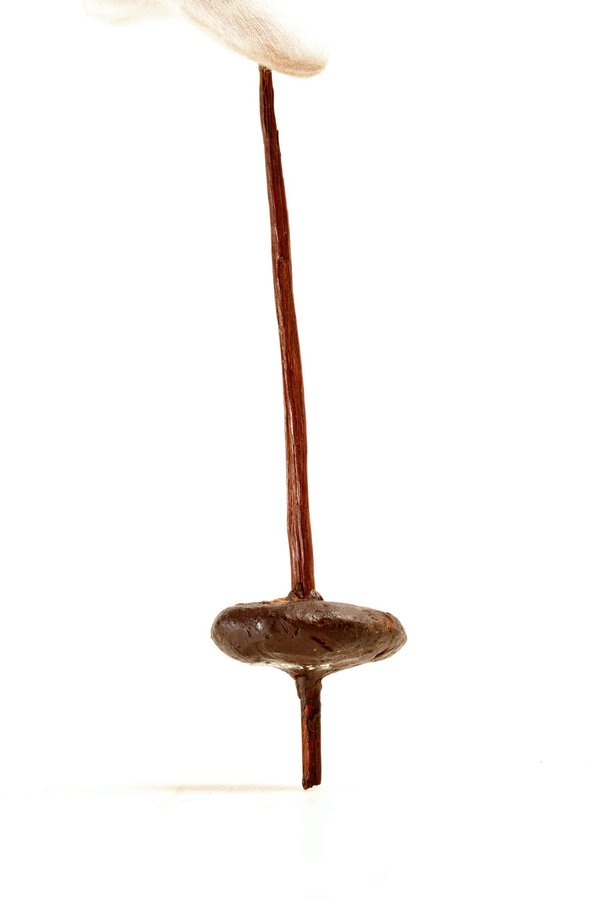 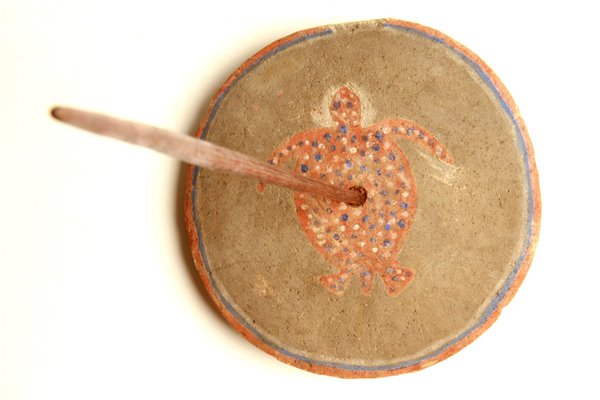 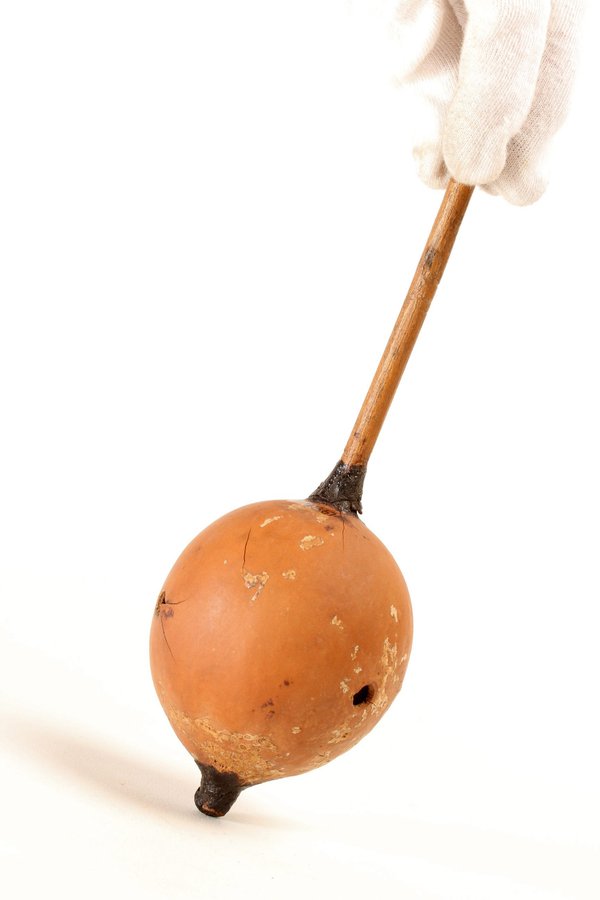