The technological secret of the boomerang is not its curve.

While most of us would imagine that a boomerang's curve is essential for its flying properties, less well-known is that the surface shape of a boomerang's arms are just as important.

The main technological secret of the boomerang is not its curve, but the surface shape of its arms. The aeroplane's wing provides a close analogy. The top surface is slightly convex while the underside is nearly flat. When a wing of this shape is exposed to a strong air current the air flow creates a pocket of low pressure above the wing, and a pocket of high pressure below it. These forces respectively pull and push the wing upwards. If the air flow is fast enough the wing will be lifted up and held in the current. An aeroplane creates this critical lifting force by gaining speed on a runway. The boomerang is hurled into the air with an initial speed of about 100km per hour.

Unlike an engine-driven aeroplane, a boomerang relies on another strategy to increase the speed of air flow against its arms. This strategy is rotation, usually 8-11 times per second. Even if the forward motion of the boomerang slows down, the speed of rotation is often sufficient to hold it in the air. The spinning motion (gyration) is vital to a boomerang's performance. The curve, the most striking and distinct feature of the boomerang, allows for this swift rotation.

The association of the boomerang with its curvature is so strong that few people would imagine a straight boomerang. Yet such a boomerang is possible, if not practicable. The rotation centre of a straight stick is unstable; it tends to shift towards one end, which rapidly slows the rotation down. As well, a flat, straight object tends to rotate around its long axis, rapidly flipping over itself. Throw a ruler in a boomerang-like manner to see this effect in action. Or drop a straight strip of paper; it rolls as it falls to the ground.

The boomerang's curve prevents it from rolling, maximises its speed of rotation and ensures that its central point of rotation stays fixed in one place.

The returning Boomerang: how it flies

Observing returning boomerangs in flight is to enjoy a fascinating phenomenon of physics. 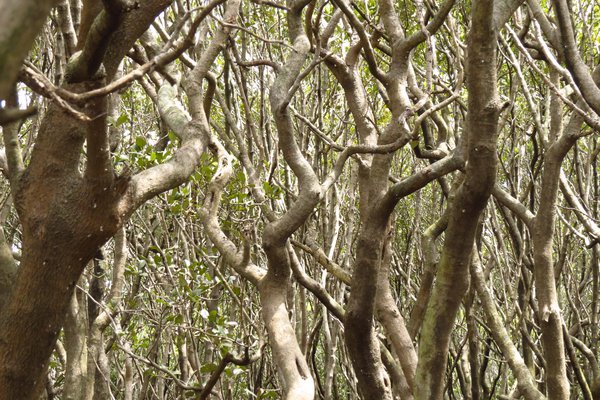 Discover how Mangroves and Boomerangs teach us about breathing, giving and receiving. 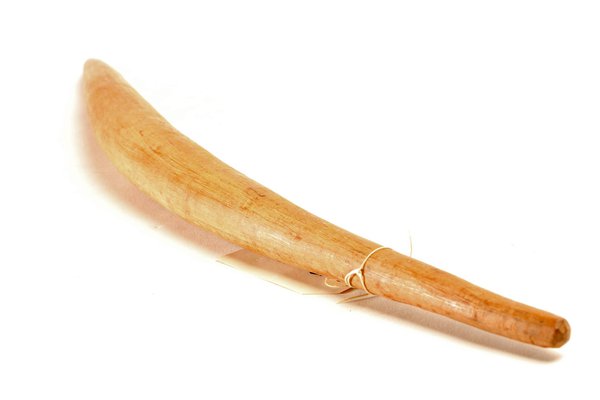 In our collection is a toy called a kundi kundi, which is from Boulia in Queensland