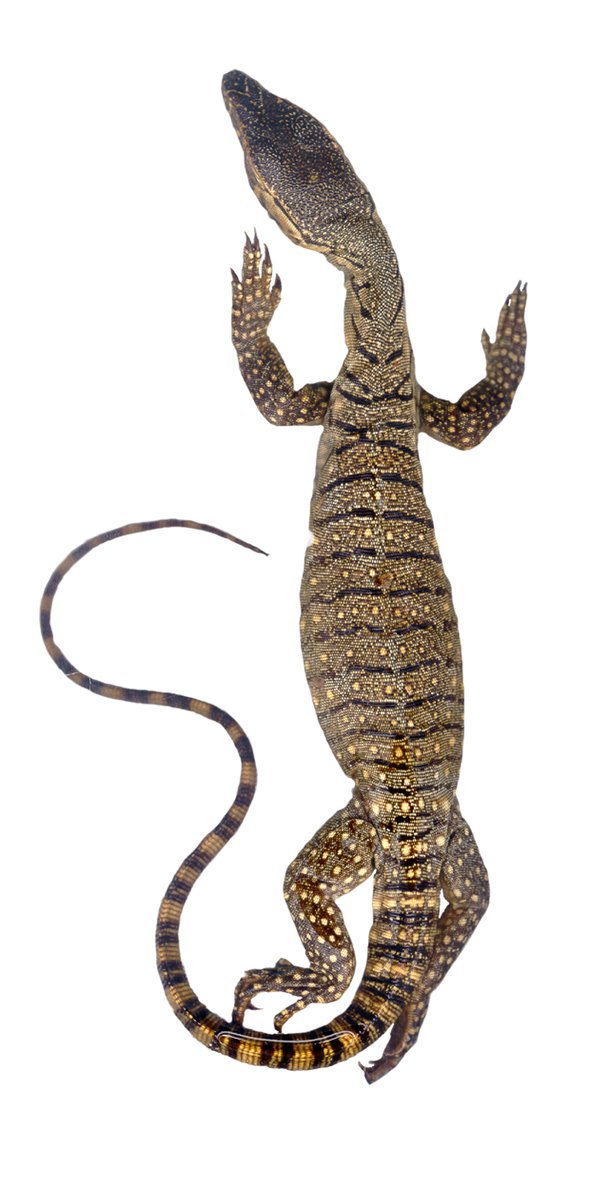 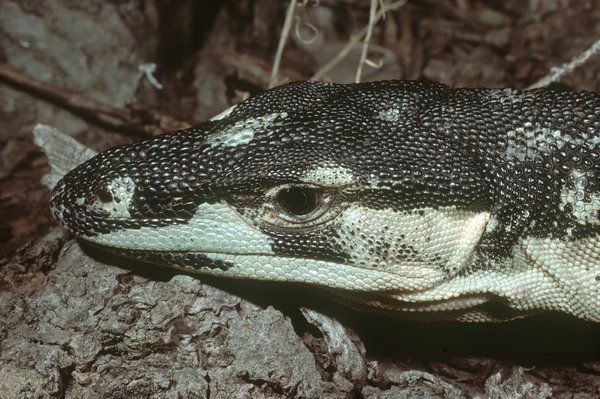 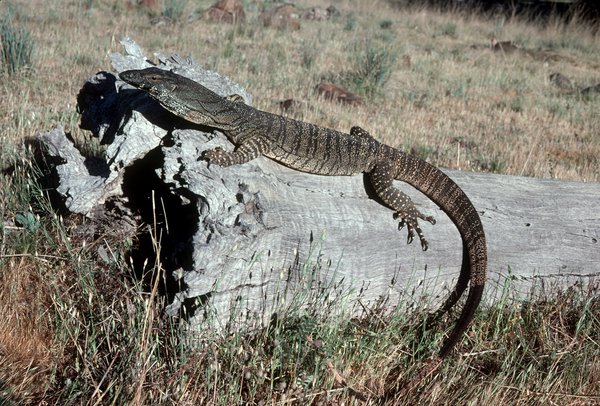 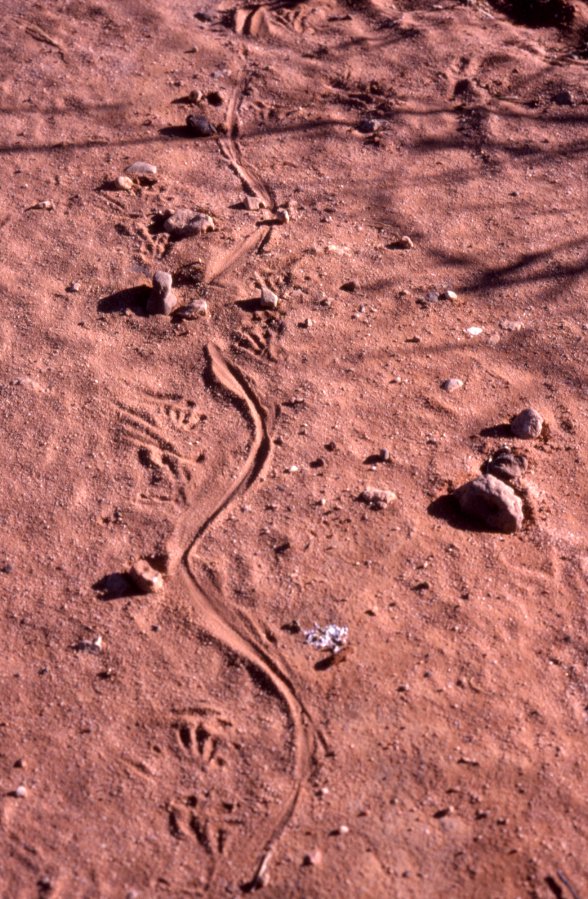 There are 69 living species of goanna and most of them are carnivores. Goannas find their food by searching widely across the landscape, catching animals by stalking or digging them out of shelters and nests. They are aided in their search for food by their long forked tongues which they flick in and out, picking up chemicals in the air and on the ground. Goannas then "read" these chemicals with a special organ in the roof of the mouth.

Goannas evolved in the northern hemisphere in the Upper Cretaceous Period about 90 million years ago. However, in the Miocene Epoch, about 15 million years ago, goannas moved south into Africa and Australia. In Africa, only a few species evolved, but in Australia, goannas evolved into roughly 28 species of which at least one is extinct (Varanus priscus, a giant species which grew to more than 6 m in length). Goannas may have evolved in such profusion in Australia because, when they arrived, there were relatively few medium-sized carnivores competing for the same resources. Africa, however, had a large number of medium-sized carnivores, especially mammals in the dog and weasel families.

One of the most distinctive features of the evolution of goannas in Australia is that their size range is enormous but their body shape has changed very little over time. The scarcity of competitors provided goannas with an evolutionary opportunity: to stick with one way of making a living and apply it over a range of sizes rather than changing the way of making a living within the same size range.

Alamitophis tingamarra was a small Eocene madtsoiid, an extinct family of primitive snakes known mainly from Gondwana. Madtsoiids have the longest fossil record of any group of snakes, with a record that stretches from about 90 million to 100,000 years ago.

Evolution of Australian Biota - Museum in a Box

The Evolution of Australian Biota box explores the movements of the world's plates as the super continent Gondwana rifted apart, the isolation of Australia from the other continents and the subsequent changes in climatic conditions.

New perspectives on the ecology and evolution of siboglinid tubeworms

Insects ’Down Under’ – Diversity, endemism and evolution of the Australian insect fauna: examples from select orders

Causation of a riverine radiation: assessment and evaluation of the morphological and genetic differentiation in a species flock of viviparous gastropods (Cerithioidea: Pachychilidae)