This large and spectacular jellyfish is common during the summer months in New South Wales coastal waters and estuaries, including Sydney Harbour.

White-spotted Jellyfish are found throughout Australia.

The White-spotted Jellyfish is causing a problem overseas, particularly in the Caribbean region. It may have hitched a ride in ships' ballast tanks, travelling from Australia and the Pacific region to the Caribbean. Here, it found an ideal place to breed, free of their natural predators (various Pacific-region snails).

Mild or not noticeable. 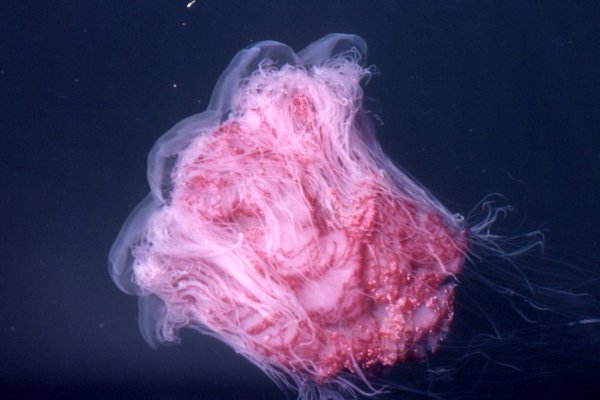 The Lion's Mane Jellyfish can grow to be one of the largest of all jellyfishes. 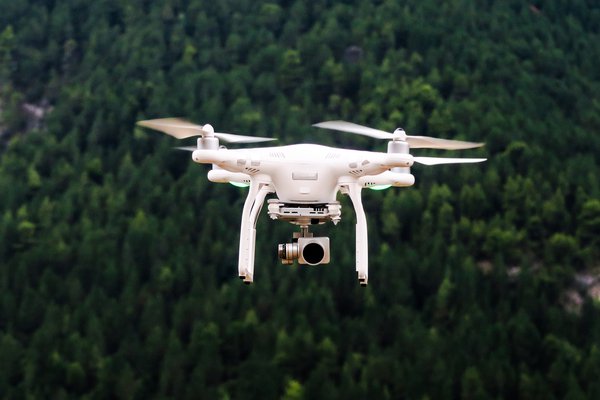 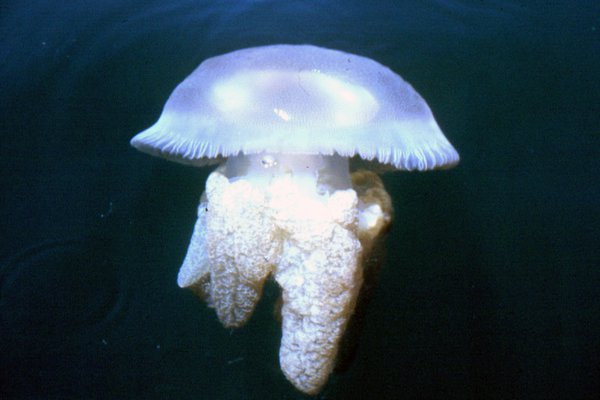 Jelly Blubbers are one of the most commonly encountered jellyfish along the east coast of Australia. They often aggregate in large numbers particularly in harbours or estuaries, but they also occur in open water. Additionally, these jellyfish have been trialled for commercial fisheries.