Beetles make up 40% of all insects and there are eight times as many beetle species as there are fish, amphibian, reptile, bird and mammal species put together. Beetles are extremely diverse and are one of the most successful groups of animals in the world.

The huge number of beetle species demonstrates their ability to live in almost any environment. Their front wings (called elytra) are hard sheaths that protect the beetles' hind wings and cover the breathing pores. This enables beetles to control their body temperature and retain water. Beetles also have diverse mouthparts, and they eat anything from hardwood to the ooze from rotting fungi.

Families with large numbers of species include:

Beetles can be found in almost all available habitats, including in water.

Aquatic beetles can be found in a range of watery habitats from temporary puddles to mountain streams, lakes and even brackish or muddy habitats. Some species may even be found in the intertidal zone by the sea. 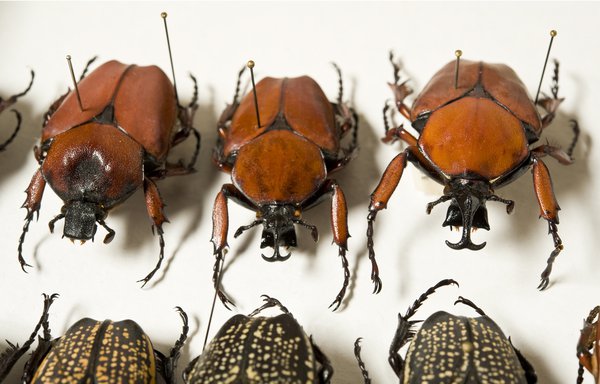 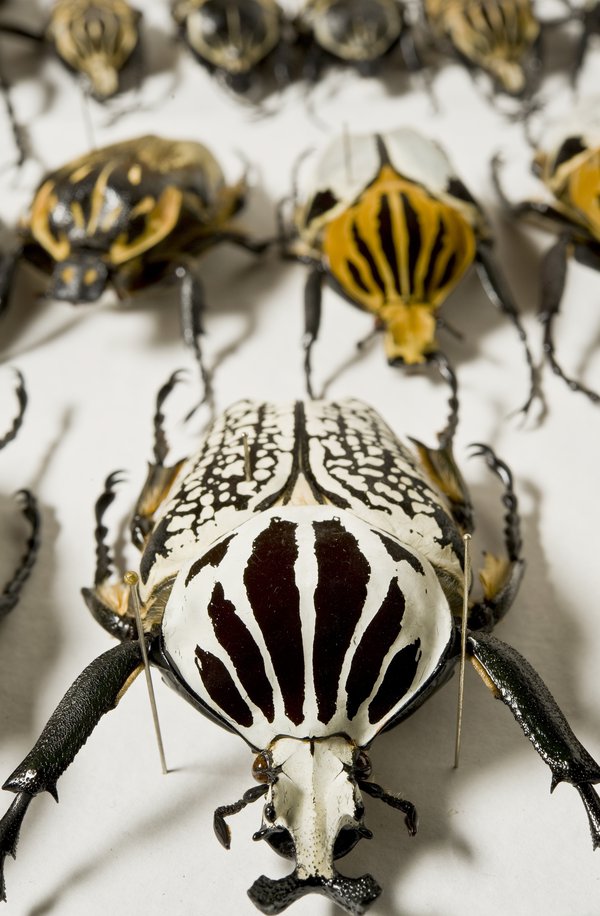 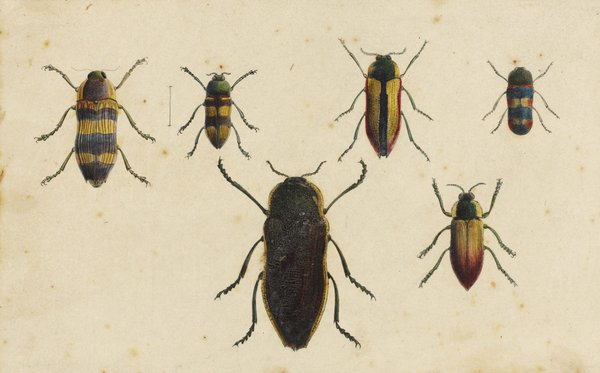 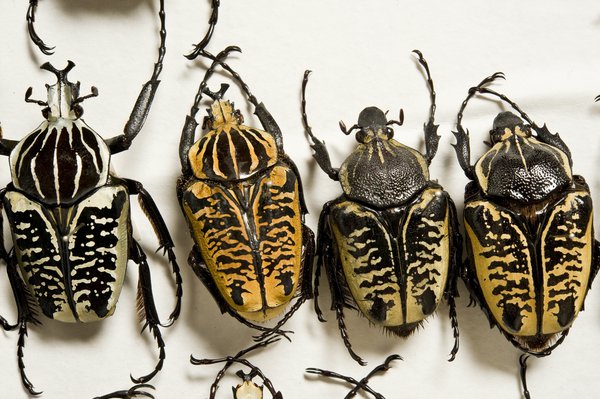 Beetles have a wide variety of body shapes, sizes and colours, however they are usually distinguished from other insects by having:

Beetles are the only insects that have true elytra. This has enabled beetles to live in many habitats that would damage the wings of less well-protected insects, such as leaf litter, logs and soil. Some beetle species do not have hind wings and their elytra may be fused together. Some beetles have highly reduced elytra, with the hind wings folded up and others have no wings at all.

Beetles have legs that are normally adapted for walking or running, increasing in size from front to rear. However in some families one or more pairs may be modified for:

Beetles are holometabolous. This means that their larvae pupate before emerging as adult insects. Beetle larvae are often referred to as grubs.

Beetle grubs are diverse in their shapes and habits. Most beetle grubs live in concealed habitats, such as underground or inside trees. There are many aquatic species, and a few which resemble caterpillars and feed openly on leaves. Many retain segmented legs, although weevil grubs nearly always lack legs. Most legless beetle grubs have robust chewing mouthparts and can be distinguished from similarly-shaped fly maggots, which often have modified mouth 'hooks'.

Beetles, both adults and grubs, use their chewing mouthparts to eat other insects, fruit, nectar, leaves, fungi, dead animal and plant material, and/or wood. Some beetles form symbiotic relationships with other insects such as termites, ants or bees, living in their nests and either being tolerated or even actively protected and/or fed by their hosts.

Many beetles produce chemical compounds that protect them against attack from bacteria, fungi and/or predators. Special glands produce these chemicals, which either render the whole beetle unpalatable to predators or are specifically released upon attack. Beetles with these defences are often brightly coloured as a warning to potential predators.

Another form of defence is the specialised detachable hair found on larvae in the Family Dermestidae. These hairs stick to predators such as ants and hinder them from attacking further.

Some beetles can be household, garden and/or agricultural pests.

Household pests are either found eating foodstuffs such as grains and cereals, furnishings such as fabrics, carpet and animal products (eg hides) or wooden furniture. For example, cigarette and drugstore beetles infest foodstuffs, while hide and carpet beetles damage soft furnishings, and powderpost borers make holes in wooden furniture.

Beetles that can cause problems in gardens and/or in agriculture include: wood-borers such as longicorn beetle larvae (Cerambycidae) as well as beetles that may attack plant leaves, such as leaf beetles (Chrysomelidae), or roots, such as Christmas beetle (Scarabaeidae, genus Anoplognathus) and chafer grubs (Scarabaeidae, subfamily Melolonthinae).