Earwigs are rather cryptic, small to medium sized insects distinguished from other insects by a pair of forcep or pincer-like cerci at the end of the abdomen. The name Dermaptera refers to the thickened leathery forewings and is derived from Greek with "derma" meaning skin and "ptera" meaning wings. There are different ideas as to where the English name 'earwig' comes from, including the mistaken belief that earwigs have a tendency to crawl into a sleeping person's ear, or because the hind wings resemble in shape the human ear. Another alternative is that 'earwig' is derived from the Anglo Saxon English "eard" meaning soil and 'wicga' meaning insect.

Earwigs have an elongated and flattened or cylindrical body. They can be winged or wingless, and they have chewing mouthparts. The abdomen is long, flexible and telescopic (segments of the abdomen may be drawn into one another like a telescope). The two forcep-like cerci on the end of the abdomen are heavily sclerotised (hardened) and vary in shape and size between species. The forewings, called 'tegmina', are short and lack veins. The large, membranous and semicircular hindwings fold up fan-like under the tegmina and can be unfurled or folded very quickly.

They come in a range in colours, including: yellow, yellow brown, orange brown, reddish brown, dark brown and black, and sometimes are a combination of these.

Females can be readily distinguished from males as they are usually smaller, have simple forceps and eight visible abdominal (hind-body) segments as opposed to males, which have ten.

Earwigs may be found in protected, moist environments in leaf litter and all kinds of debris on the ground, under bark, under stones, between leaves and some even inhabit crevices at the base of tightly packed and overlapping leaves of Pandanus. Earwigs are usually nocturnal and attracted to lights at night.

Earwigs are widely distributed throughout Australia with the highest diversity in the tropics and subtropics. The Australian fauna includes native and introduced species. There are 85 species of Australian earwigs described at present, however it is estimated that there is up to this number again of Australian earwig species yet to be described.

The forceps are used for defence, catching and carrying prey and sometimes to help unfold the fanlike, membranous hindwing before flight. In some species the male and female may use the forceps to grip each other during copulation.

An unusual family of earwigs (Arixeniidae) parasitize bats. They are wingless and their forceps are much smaller than most other earwigs.

The earwig lifecycle is an incomplete metamorphosis. This means that when the nymphs (or larvae) hatch from eggs they resemble the adult form. However, the nymphs can be distinguished from adults by having only wing buds, simple almost straight undeveloped forceps, and by their ecdysial line. This is a line down the centre of the head and thorax along which the cuticle splits when the nymphs moult. It is not seen on the final adult form. Nymphs moult four to five times before becoming an adult.

Female earwigs care for their eggs and young nymphs, which is an unusual trait in most non-social insects. Females dig a short burrow on the ground beneath leaf litter and debris where they lay their eggs and which they defend from intruders. The females care for the eggs by collecting them up if they become scattered and clean the eggs by licking off fungus and parasites. After the young nymphs hatch the female feeds them up to the second or third moult, when they can then look after themselves, and at this stage the females may even become cannibalistic.

Most Australian earwig species are not significant as pests. Many species can produce a noxious fluid as a defence. Some can become nuisance pests if present in large numbers. One pest species is the introduced European Earwig (Forficula auricularia), which can be a serious pest of gardens and vegetable crops and is relatively common around suburban homes. Alternatively, an Australian earwig Labidura truncata may be beneficial to agriculture, as it has been observed attacking codling moth (Cydia pomonella) larvae, a pest of fruit crops such as apples, peaches and pears. 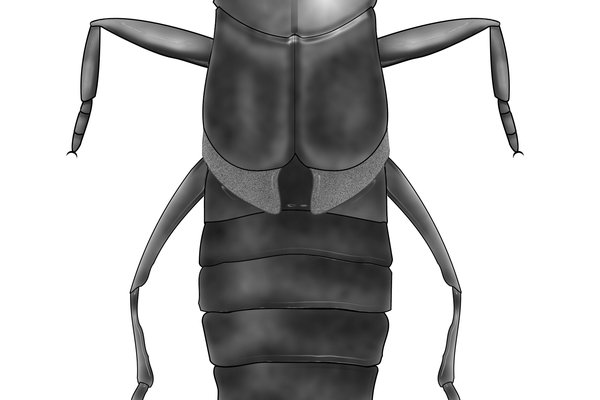 Earwigs belong to the Order Dermaptera. 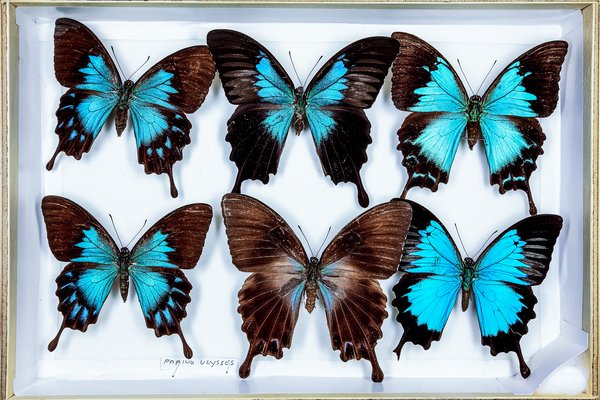 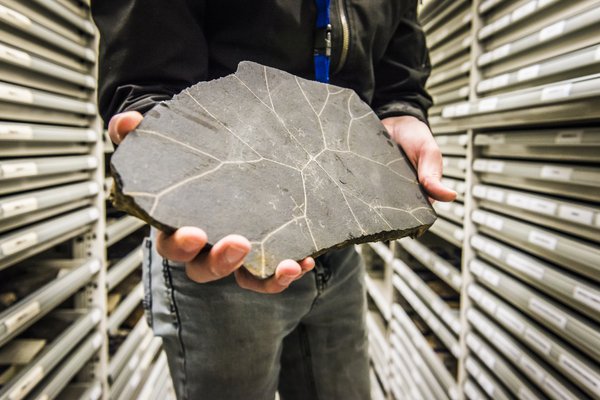