This larger species with contrasting black forewings and bright orange and black hindwings is found in cooler montane regions of SE and SW Australia.

The forewings are almost entirely black except for a short strip of orange along the base of the costa, and a small orange spot near the base. Pale and worn specimens might be confused with some Termessa species, but males have large antennal pectinations which are absent in Termessa. Castulo plagiata has extensive orange markings in the forewing.

These moths fly from mid to late autumn (March to May) 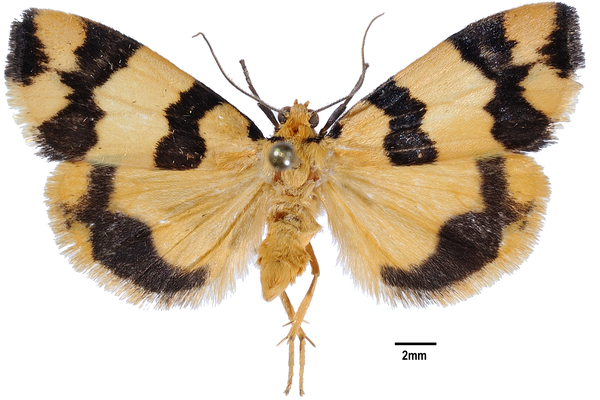 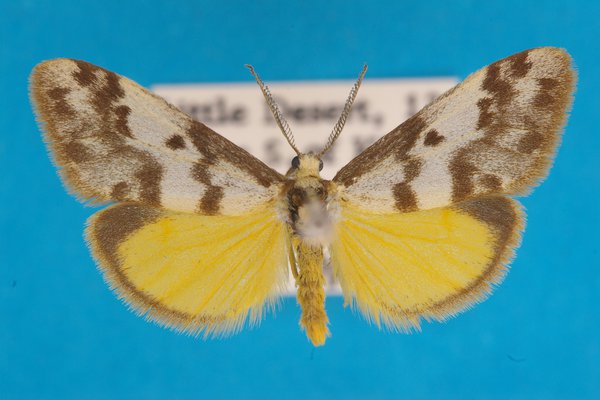