Not surprisingly, the pectoral fin of the Yellowfin Pigfish is yellow. The fish is red above and white below, usually with two large white blotches on the upper sides. It is known from Australia and New Zealand.

The Yellowfin Pigfish is a newly described species that can be recognised by its colouration.

The species name 'flavipinnis' comes from flavus (Latin for yellow) and pinna (Latin for fin).

The Yellowfin Pigfish was described in 2001 by OzFishNet member Dr Martin Gomon, who works at Museum Victoria.

In Australia it is known from off the central coast of New South Wales to eastern Victoria. It is one of the most frequently encountered pigfishes in the Sydney Fish Market. 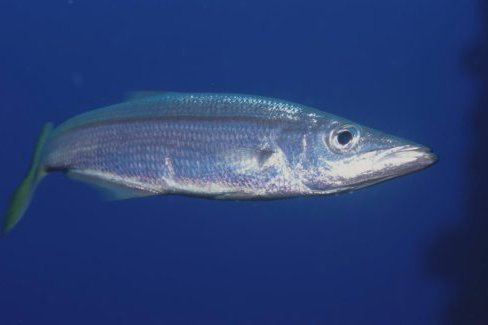