Male Eastern Pigfish are red above with a pinkish to white region on the side below the dorsal fin rays. The species occurs from southern Queensland to Victoria and also in New Zealand.

Young Eastern Pigfish are pinkish with thin stripes on the sides of the body and red lines on the head.As a fish ages the lines become less evident. Males are red above with a pinkish to white region on the side below the dorsal fin rays. There is a black blotch on the dorsal fin spines.

This fish usually occurs on offshore reefs greater than 50 m in depth. It is mostly seen when caught on hook and line, but is sometime observed by divers at around 30 m.

Eastern Pigfish occur from southern Queensland to Victoria and also from New Zealand. 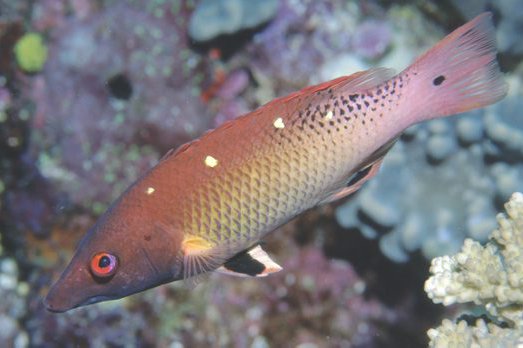