Male Krasyukova's Perch have an unusual caudal fin. The margin is deeply notched above and below, and the rays in the middle of the fin are elongate.

The elongate central rays of the caudal fin are useful in distinguishing male Krasyukova's Perch from other species in the genus Caprodon.

The tails of juveniles and females are lunate. They are yellow-pink with dark bands. 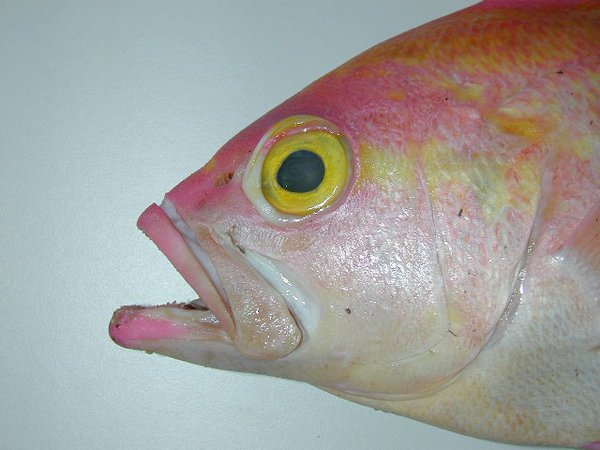 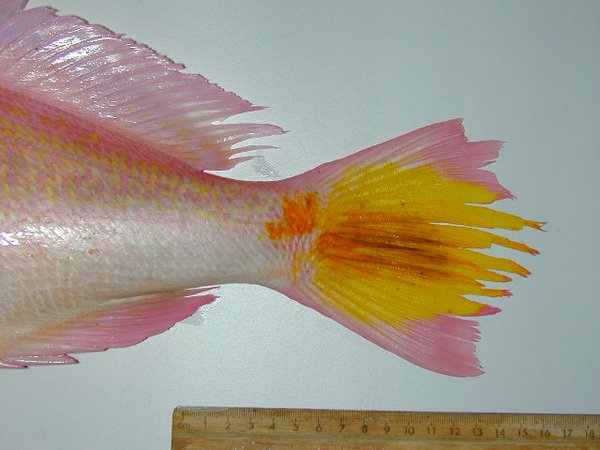 Very few specimens of this fish are lodged in museum collections. A 380 mm SL fish was caught in February 2005 by T. Lewis at a depth of 25 m, off the central coast of New South Wales. The fish is now registered in the Australian Museum Fish Collection (AMS I.43547-002).

G.Kelly, Manager of the Lord Howe Island Marine Park is acknowledged for obtaining the fish in the images and arranging for its transportation to the Australian Museum. 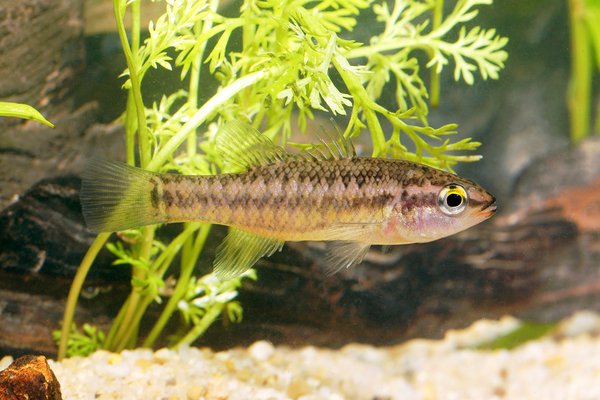 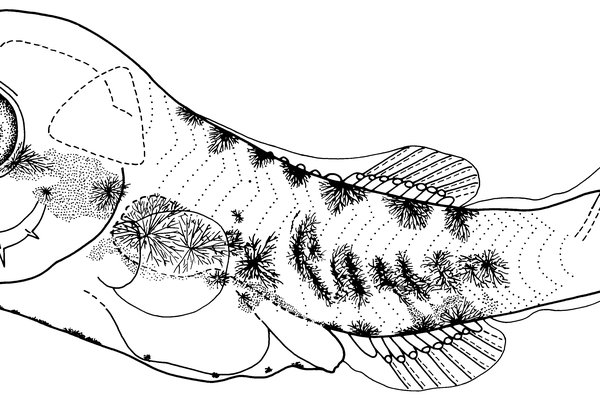