Cownose rays are usually found in large schools near the surface. They have a distinctive bi-lobed head, with two large fleshy lobes under the snout. The mouth is on the underside.

The Australian Cownose Ray can be recognised by its unusual bi-lobed head. Under the snout are two large fleshy lobes. These are often mistaken as the entrance to the mouth. The mouth however, is on the ventral surface (underneath) the fish.

The species is dark greyish dorsally (on top) and white ventrally (underneath). It has a single dorsal fin, and a whip-like tail, with one or more serrated spines near the base. The spines have been damaged in the specimen in the images, and are not visible.

Two species of cownose ray occur in Australian waters. The second is the Javanese Cownose Ray, Rhinoptera javanica which occurs in northern Queensland and the Northern Territory. 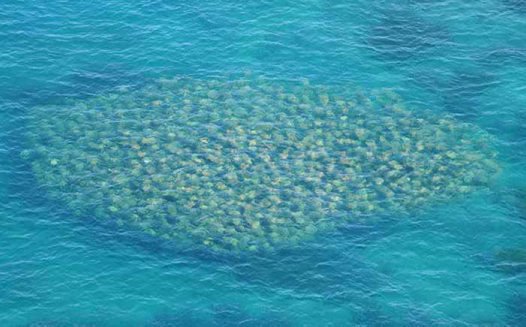 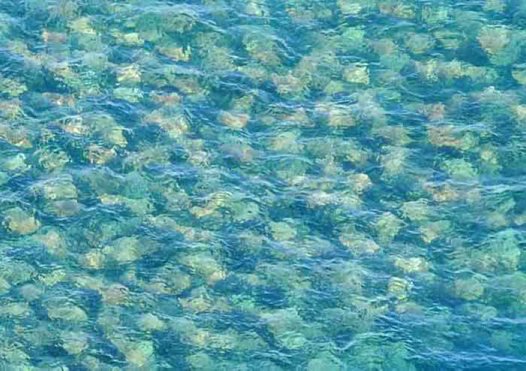 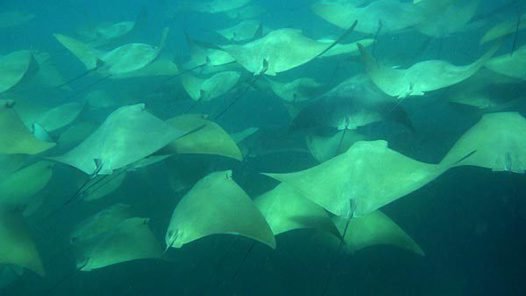 The family Rhinopteridae contains only one genus, Rhinoptera, with ten species. They occur in tropical and subtropical seas worldwide. They are most abundant in coastal waters and often enter estuaries.

The species has been recorded from off Arnhem Land, Northern Territory and along the east coast of Australia, from Cairns, northern Queensland to the central coast of New South Wales.

The dead fish in the top image was caught near Wattamolla, New South Wales, and is a new southern record for the species. It was captured in April 1999, and brought to the Australian Museum by D. Reid of NSW Fisheries. It is a male, 1120 cm in length, 85.5 cm across the pectoral fins (the "wings"), and weighs approximately 13 kg.

The flat, plate-like teeth are used to crush and grind crustaceans and other invertebrates.

Descriptions of some new or noteworthy shells in the Australian Museum

Studies in Australian reptiles. No. 1

The Myriapoda in the Australian Museum. Part I.—Chilopoda