The Frill Shark has a long slender eel-like body and a large mouth. It lives in continental slope waters where it feeds in caves and crevices.

The jaws can be opened very wide. Little effort was required to open the mouth wide enough to take the photographs of the upper and lower jaws on this page.

The Frill Shark's teeth at the margins of the jaw are gradually replaced by those behind. The teeth have three long cusps with a tiny cusplet at the base of each "V" formed by the the large cusps. 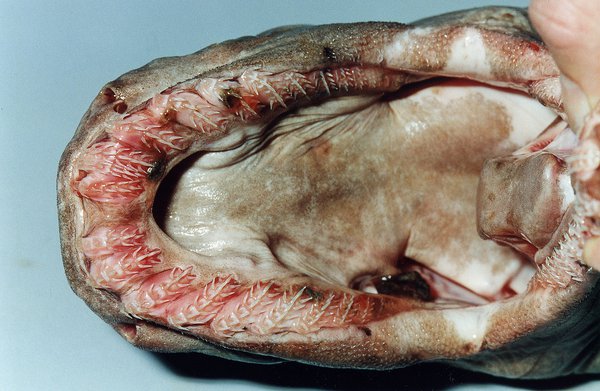 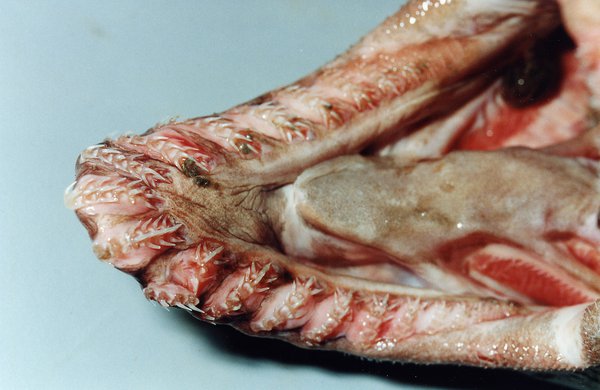 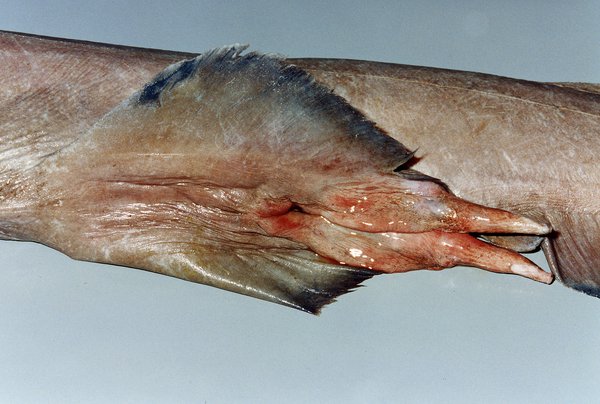 Where do Frill Sharks live?

Very patchily distributed in Atlantic and Pacific oceanic waters at depths from 120 m to 1500 m, but more typically from 500-1000 m. They are very rare and found near off shore shelves and upper continental slopes

In Australia, the species has been caught from off New South Wales ,Tasmania and in the Tasman Sea. They are occasionally caught as bycatch.

How do Frill Sharks mate and what do they eat?

During mating, one clasper is inserted into the body of the female Frill Shark to facilitate sperm transfer. Frill Sharks are approximately 39-60cm when born in litters of 2-15 pups.

The young are developed from eggs that hatch inside the female (ovovivparious) after a gestation period of over 1 year. Males mature at about 92-163cm TL while females mature at 130-135cmTL, they grow to approximately 196cm TL.

According to Last and Stevens (1994), the few stomach contents that have been examined included other elasmobranchs (sharks and rays) and squid. The species has been reported to feed in caves and crevices on the continental slope.

Studies in ichthyology. No. 5

Sharks: many places, many stories

For 450 million years they’ve dominated our oceans but today sharks are now under threat. Hear from First Nations peoples, scientists and conservationist as they share their stories about these ancient survivors.

On the status of Chelonia depressa, Garman 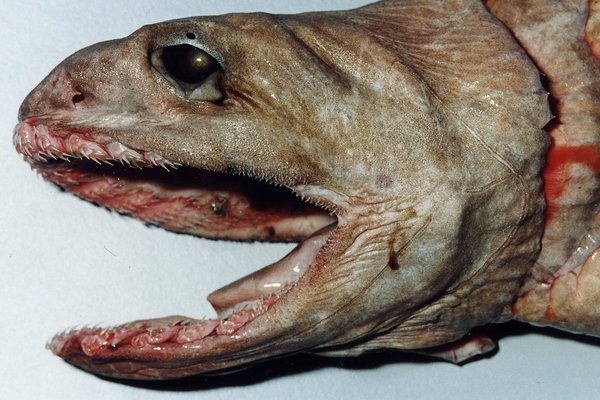 Access images and fact sheets of the chlamydoselachid fishes on the site.

Learn about different shark species from ancient shark ancestors to the largest and fastest sharks and discover 3D interactive models. 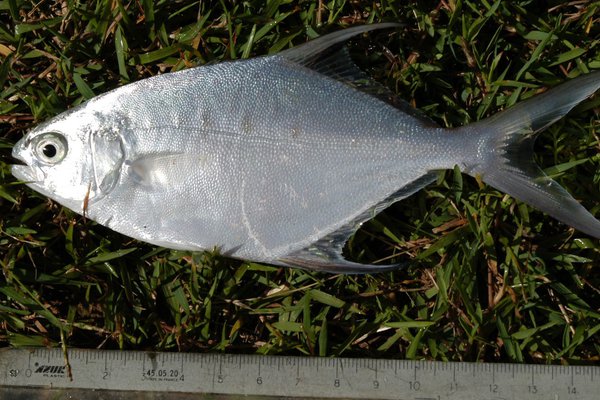