The Eastern Sea Garfish is found in marine waters along the eastern Australian coast from southern Queensland to eastern Victoria. It is a schooling species that grows to 52 cm in length.

At least 18 species of garfishes are known from Australian waters. They can be difficult to accurately identify. Most have very elongate silvery bodies with a long lower jaw and short triangular upper jaw.

The Eastern Sea Garfish is found in marine waters along the eastern Australian coast from southern Queensland to eastern Victoria. 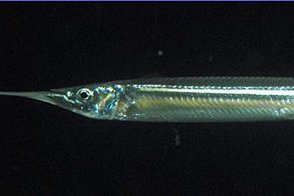