As its standard name suggests, this beautiful tropical species has a blue face. It has also been called the Yellowmask Angelfish, which also seems appropriate.

The Blueface Angelfish can be recognised by its distinctive colour pattern. It has a blue reticulated pattern over much of the head and a yellow 'mask' over the eyes. The breast, pectoral fin and caudal fin are yellow. There is a large black spot posteriorly on the dorsal fin. The scales are blue with yellow margins.

The species lives on coral reefs and in tropical inshore waters.

It occurs in Eastern Indian and Western Pacific Oceans.

In Australia it is known from the offshore islands of north-western Western Australia and the northern Great Barrier Reef, Queensland. 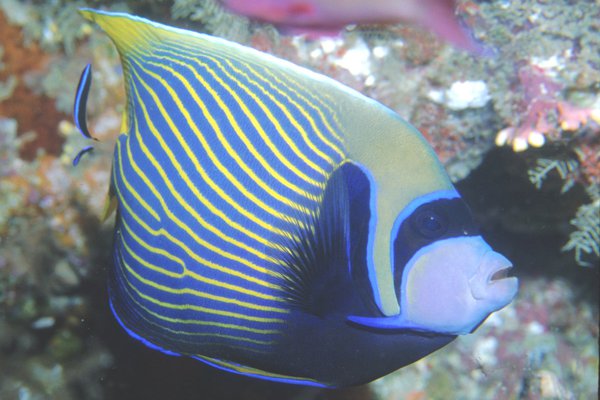