The Superb Fairy-wren was one of the first Australian birds to be described. Male Superb Fairy-wrens have been labelled as 'the least faithful birds in the world'. Females may be courted by up to 13 males in half an hour, and 76% of young are sired by males from outside the social group.

The breeding plumage of the male Superb Fairy-wren is unmistakable – a light blue cap, ear tufts, and cheeks; a black eye-stripe; dark blue-black throat; brown wings and white breast and belly. Beak of the adult male is black and legs are brown to dark brown. The adult female is mostly brown, with white throat, breast and belly. The beak is orange-red, with a similarly coloured eye-stripe; the tail is brown with a faint pale blue-grey tinge. The female has the same plumage year-round. The non-breeding adult male looks similar to the adult female, except that the male has a black beak, and navy-blue tail – the Superb Fairy-wren is the only species of fairy-wren where the non-breeding male has a navy blue tail. All other fairy-wren non-breeding males have much paler tail colouration.

The Superb Fairy-wren is found in open eucalypt woodland forests of south-eastern Australia. It inhabits dense understorey, and is usually seen in pairs or small groups. Also adapted to urban parks and gardens, and exotic weeds such as lantana.

The species forages mostly on the ground, more so than other species of fairy-wren; also forages in low canopy areas of shrubs and trees. Eats mainly insects, including grasshoppers, ants, larvae, small seeds and fruits. Hops over ground and in shrubs and pounces on food.

The Superb Fairy-wren is socially monogamous. It is also a cooperative breeder, with all members of the family group helping to feed the nestlings and rear young, as well as defend the territory. The group comprises of the breeding pair, and up to 7 helpers which are often males that were raised on the same territory in previous years. Nests are domed shaped, with a side entrance close to the top of the nest structure, constructed of loosely woven soft, dry grasses and bound with spiders’ webbing. Often lined with feathers and fine soft dry grass, sometimes fur is also used. Nests are built less than 1 metre from the ground, and most often in thick grass or shrubs. 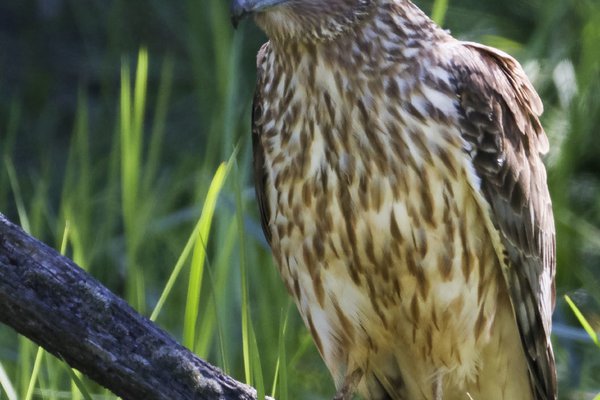