Greg Mortimer was the first Australian to reach the summits of Mount Everest, K2, Annapurna II and Chongtar in the Himalaya – all without supplementary oxygen – and mounts Vinson and Minto in Antarctica. He went on to establish many new climbing routes in Antarctica and pioneer ship-based adventure travel to Antarctica and the Arctic.

Born on 10 December 1952, Greg spent his first five years living beside the family florist shop in Bondi Junction (NSW), before moving to Gladesville. At six, he contracted bronchiectasis, a lung infection causing a buildup of fluid needing to be regularly drained.

At 13, Mortimer saw climbers on the Three Sisters in the Blue Mountains and vowed to take up the sport. Despite falling and breaking his pelvis at 15, his love of rock-climbing and later mountain-climbing was undiminished. He studied geochemistry and geology at Macquarie University, spending his free time climbing in New Zealand, the UK, the European Alps and South America.

In the early 1980s he worked as a geologist, survival training instructor, and Scientific Affairs Adviser for the New Zealand Antarctic Division. In 1983 he was invited on the first Australian ascent of Annapurna II’s South Face, and was one of the team to reach the summit. The following year he climbed Everest by a new route on the North Face (the Great/Norton Couloir), leading the crux pitch now called ‘Greg’s Gully’. 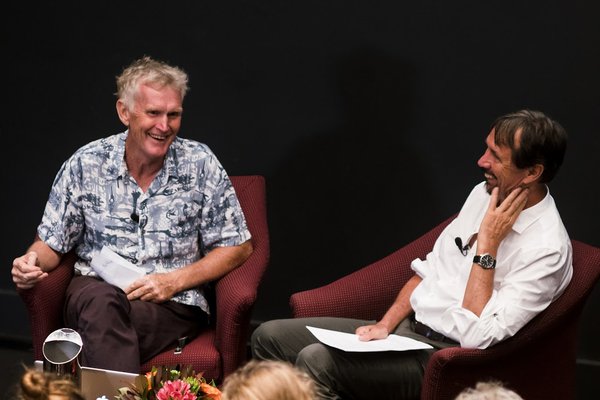 In the early 1990s he set up a company to take adventurous tourists to Antarctica by ship. Aurora Expeditions pioneered ship-based adventures including mountain climbing, sea kayaking and scuba diving in both Antarctica and the Arctic. He has led more than 80 such trips to Antarctica.

Greg Mortimer received the Medal of the Order of Australia for services to mountaineering, as well as three Australian Geographic Society medals.

The first Aboriginal man to visit Europe and return.

The first European to discover Tasmania and confirm Australia as an island continent.