It was like a resumé. It also served as a reminder to people about their responsibility in life. It was a huge honour for people to have Ta Moko.

Ta Moko was worn by both men and women. It was applied to the face and buttocks of men, and to the chin, lips and shoulders of women. Depending on their ranking, they may also have Ta Moko on their face. Occasionally women would put small markings over their faces or shoulders as a sign that someone close to them had died.

There were no set patterns to the Ta Moko and the meaning of the Ta Moko was dependent on its placement on the face. The left side of the face related to the father's history and the right side to the mother's history.

Originally, Ta Moko was chiselled into the skin using an albatross bone. The pigmentations used were Carui gum and dye from other vegetation that was rendered to a soot and then mixed with oil. Each tribal area used different pigments. Huhana Rare

One story of how Ta Moko came to The Maori

One day a Maori chief, Mataora, was visited by young people from Rarohenga (the underworld). With them was the daughter of the underworld ruler Uetonga. Her name was Niwareka and Mataora fell in love with her. They got married and were happy together until one day Mataora became jealous of Niwareka and was angry enough to hit her. So she returned home to the underworld. Mataora, grieving over his actions, followed her to Uetonga's house. Uetonga was practising tattooing and agreed to tattoo Mataora, whose face was only painted. During the tattooing, Mataora sung of his sorrow and his search for Niwareka in the underworld. Niwareka heard the news and returned to him. Then permission was granted for Mataora's return to the upper world. His tattooing served as a reminder to avoid the evil actions of the upper world. He brought tattooing to the upper world and Niwareka brought a woven girdle from the underworld and so introduced the art of weaving. 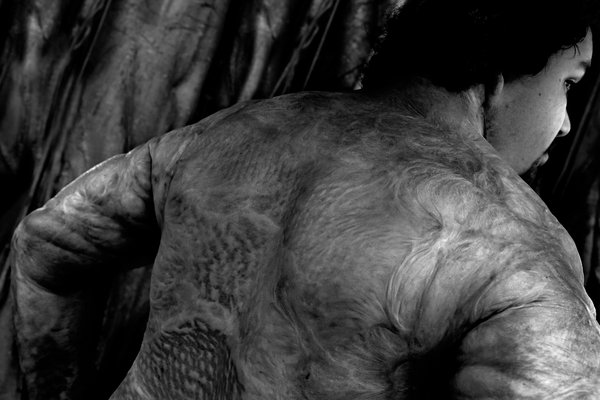 As I was getting a drink, he just came in and poured petrol over me and lit me up. I was 6 years old when it happened.

Thiết kế bền vững
Những ngôi nhà kiên cố
Learn more
Back to top
You have reached the end of the page. Thank you for reading.