Tight-lacing is defined as the conscious and visible process of artificial constriction of the waist. The act of tight lacing is as important as the end result.

Both men and women are taking up the discipline of tight-lacing. The process may take up to six months to reach one's goal size, as it requires constant wearing of the corset and the gradual rearrangement of internal organs and body fat. Mr Pearl has trained his waist to reach a circumference of 42.5 centimetres. In the 1950s Ethel Granger, with the active support of her husband, tight-laced down to a 13-inch (about 33 centimetres) waist.

The familiar image of the Victorian corset with laces and whalebone has its origins in the European Middle Ages. This kind of garment, worn on the outside of the clothing rather than as an undergarment, remained in use until about the 18th century. The corset included the busk, the wooden central piece of stiffening (which kept the front of the corset rigid), and flexible whalebone stiffening all the way around the garment. Up until the late 19th century, both men and women regularly wore variations of this corset. Army officers wore corsets and tightly tailored uniforms to emphasise their straight backs and rigid discipline.

Why, Madam, do you know there are upwards of 30 yards of bowel squeezed underneath that girdle of your daughter's? Go home and cut it; let Nature have fair play and you will have no need of my advice. John Abernethy, English Surgeon (1764 - 1831)

The corset is one of the most comforting things to wear. It holds you so tight, it's like a really firm hug. It's an aggressive, hard femininity, an armour. I like the extremity of what a corset can do - you can make the most ridiculous shape out of your body. I see my body as a work in progress. I like to see what I can do to it, to temper it. Felina, 28

I like to subvert expectations and the feminine ideal. By putting on these things which are traditionally considered restricting and then recontextualising them from a position of power, I feel like I am making a point about women's bodies and power. Besides, corsetry gives me great posture. Anne Dunn, Consultant, 27

I love the imagery of the corset and the feeling of restriction when wearing it. Before I started cross-dressing, I used to wear a very tight belt around my waist. My ideal size would be 24 inches - my natural waist is around 28 inches. Paula, Project Manager, 42 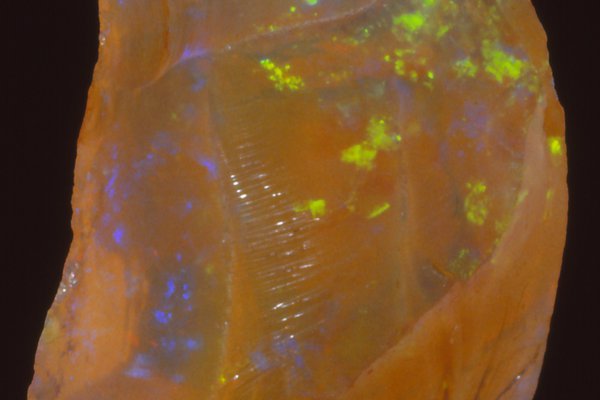 Minerals can be identified by the shape of their crystals or crystallography.