A single line in a Museum accession register can tell a thousand stories. The brevity of information given in these early registers is often frustrating, and plenty of digging is required to unearth the history of artefacts. The lives of people who donated, sold or exchanged objects with museums could form a multi-volume encyclopaedia. Historically, however, there was usually only a brief entry - a name and the date of donation. ‘Pres. Sir Iven Mackay’ is a typical example. In this case, it hides a man who was frequently in the midst of key moments in Australian and international history.

Mackay began his career at the University of Sydney in 1910 as an assistant-lecturer in Physics. A year later he joined the army and commenced a distinguished military carrier through his involvement in some major battles of the First and the Second World Wars. In 1944 Mackay was appointed Australian High Commissioner to India.

In 1947 Mackay obtained 24 traditional musical instruments from the Mikir and Zemi Naga people of what was then the Indian state of Assam. The catalyst for this project was a request by Frederic McCarthy, an anthropologist at the Australian Museum who intended to build a collection of ethnographic musical instruments from different cultures in Asia. In this task Mackay was guided and helped by an anthropologist J. P. Mills, then Honorary Director of Ethnography in Assam. In return, Mackay requested 12 boomerangs which he wished to use as a cultural representation of Australia.

The arrangement of his donation to the Australian Museum was set against the backdrop of the ongoing struggle for Indian Independence and the horrifying aftermath of Partition. In a letter dated 22 September 1947, a little more than a month since Independence was officially declared, Mackay observed that ‘disturbances are rife throughout India’. He noted that trains were being set on fire and doubted that the collection of musical instruments would reach him safely in New Delhi. They arrived a month later, and were immediately shipped to Sydney where they now form part of the Australian Museum’s modest collection of Indian artefacts. 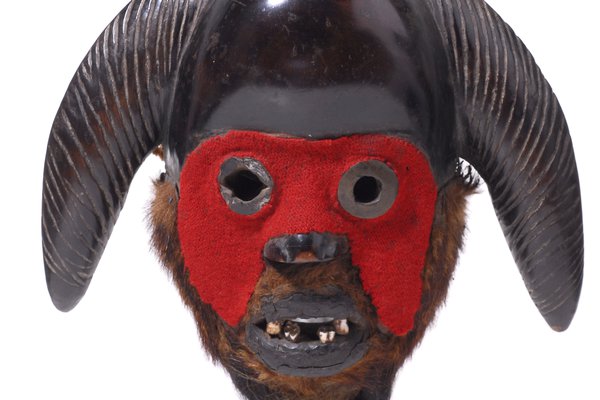 A contribution to the Permian-Upper Carboniferous problem and an analysis of the fauna of the Upper Palaeozoic (Permian) of North-West Basin, Western Australia