Learning journeys offer a scaffolded approach to exploring a topic both in your pre-school and at the Museum. Follow our learning journey to deepen your students’ knowledge and understanding of dinosaurs and fossils.

Dinosaurs are a group of land-dwelling reptiles with a set of physical features that distinguish them from all other reptiles. They include the extinct animals we know from fossils and the birds we see today. Investigate the main physical features of dinosaurs here.

Fossils are the remains of past life preserved in rock, soil or amber. Generally, the remains were once the hard parts of an organism, such as bones and shell. There are different types of fossils including trace, mineralised, impression and fossils with some organic material preserved.

Through this learning journey students will:

What can we learn from fossilised dinosaur footprints in Australia?

Use our Dinosaurs exhibition discovery to help your students develop scientific inquiry skills through connecting with key specimens on display. 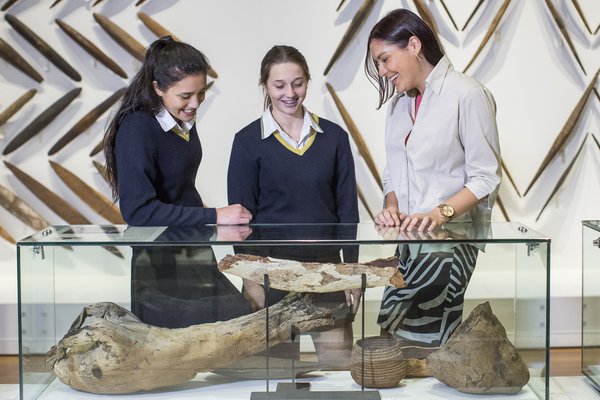 Access our collection of exhibition activities to guide your next school group visit to the Australian Museum and help your students engage with the specimens and objects on display. 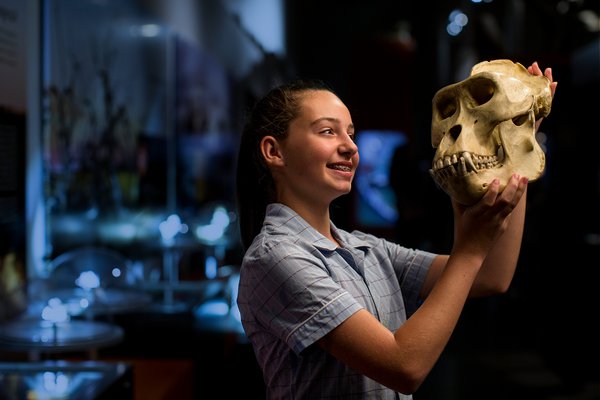 Enhance your students' exhibition learning experiences during their visit to the Australian Museum through our collection of self-paced exhibition activities.

Conversation starters
Exhibition discoveries
Read more
Back to top
You have reached the end of the page. Thank you for reading.