Just what he’d have thought of the challenges facing Kate Jones, conservator at the Australian Museum, when confronted by Thomas’s own Canning Stock Route (1984) is guesswork. Kate and her colleagues in the Museum’s Materials Conservation Unit are undertaking urgent conservation and restoration work on this large and significant painting.

‘Unfortunately the painting was already damaged when it was donated to the Museum in 2000’, explains Kate, ‘and the materials used by the artist are giving us some additional challenges’.

Rover Thomas created several paintings named after the Canning Stock Route, the remote cattle track which traverses 1850 kilometres of inland Western Australia. Crossing the territories of nine different Aboriginal language groups, the track was carved from the desert a century ago, connecting 48 wells on the long haul south from the Kimberly to the goldfields.

Sometime around 1926, Thomas was born at Well 33, near Gunawaggi in the Great Sandy Desert. He lived a traditional bush life at a time when the pastoral industry was growing by taking land from its traditional owners and using the displaced people as cheap labour. From the age of 10, Thomas worked as a jackaroo, then as a fencing contractor, travelling the Northern Territory and Western Australia as a stockman on cattle stations on the fringes of the Gibson and Great Sandy deserts.

In 1974, Thomas moved to Warmun, near Turkey Creek, to work on the construction of new public housing to accommodate Indigenous workers being displaced by changes to the pastoral industry. Here he became an important leader of ceremonial life through the Kurirr Kurirr dance cycle, before starting to paint in 1982.

When he began painting, Thomas used readily available materials including pieces of formica, particle board, wall panelling and packing cases. He mixed his own paint from natural pigments such as ochre, charcoal and white clay bound with natural resins. It is his use of unorthodox materials that has created a puzzle for Kate Jones and her team. ‘Canning Stock Route is a large horizontal representation of the route and the country it passes through’, said Kate.

‘It is painted on a sheet of particle board which is coming away from the frame. Because the frame is not strong enough to hold the board rigid, it could cause the painted surface to crack when it moves’, she said. ‘In addition, the surface has a “tide line” caused by water absorption – possibly from sitting in a puddle – and several splash marks from an unknown liquid.’

But removing these water stains is proving tricky. ‘The natural resins and binders used to bind the pigments appear to be soluble in virtually all of the solutions we generally use in conservation and restoration work’, said Kate, ‘so we are having to experiment to find the best way to remove the marks without removing the original paint.

‘We also want to ethically repair a number of scratches and scrapes without compromising the significant history of the painting – which includes how it’s been stored.’

Rover Thomas continued to paint up to his death in 1998. By then he had considerable critical recognition, being selected with Trevor Nickolls as the first Australian Indigenous artists to represent Australia in the Venice Biennale (1990) and represented in major public and private collections in Australia and internationally. His work Canning Stock Route (1989) appears in the exhibition Yiwarra Kuju: The Canning Stock Route now showing at the Australian Museum until 29 April 2012. 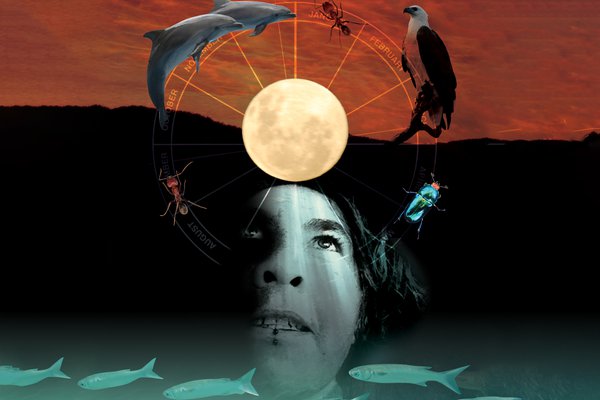 F.D. McCarthy: His work and legacy at the Australian Museum 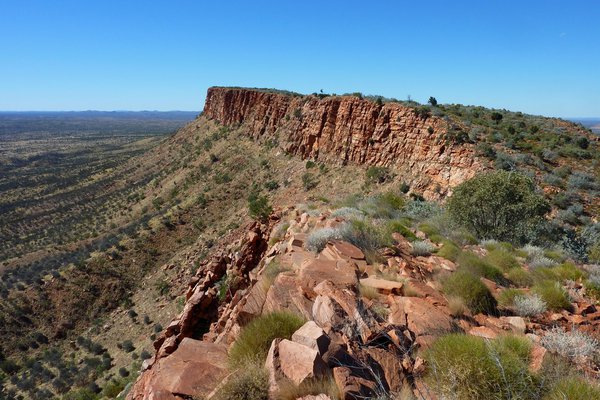 Live at the AM
15 June 2021
Read more
Back to top
You have reached the end of the page. Thank you for reading.