Murgon Bat, Australonycteris clarkae, from the Eocene of Queensland, is the oldest bat from the Southern Hemisphere and one of the oldest in the world. It is similar to other archaic Eocene bats from the Northern Hemisphere, and could probably navigate using echolocation, like most bats do today. Until its discovery, palaeontologists thought that bats colonised Australia much later, perhaps during the Oligocene.

Australonycteris clarkae was an archaic Eocene microchiropteran bat, the only one known to date from Australasia. Other early microchiropterans from the Eocene of Europe and North America have been preserved in fine detail, giving us a good picture of ancient bat anatomy. In even the earliest bats, forelimbs were modified into wings, formed by a thin flight membrane supported by elongated finger bones (the second through fifth digits). The claw of the first finger (digit one, or the 'thumb') was free for grasping, and hind limbs were reduced. At least one early bat from Wyoming had claws on all digits. Most early bats could use echolocation to navigate. However, although one of the most primitive known bats (the Eocene bat from Wyoming) could fly, its ear morphology suggests that it could not use echolocation. A long calcar is preserved in the Wyoming bat, a tail membrane therefore evolving early in bat evolution. This bat had an undulating- gliding flight, probably the primitive flight pattern for bats and perhaps the mode of flight for Australonycteris.

The Murgon area during the early Eocene was a shallow swamp or lake. The vegetation and climate of the period have not yet been determined.

Australonycteris is only known from a single fossil site near the town of Murgon in southeastern Queensland.

Little is known of Australonycteris or of its relationships to other bats. It is not known where it roosted, how it raised its young or how it fed.

Higher-level relationships of bats are the subject of much debate. The closest relatives of bats among mammals may be tree shrews (tupaiids), primates, colugos/flying lemurs (dermopterans) (together forming the grandorder Archonta). However, other groups have been proposed as ancestors, including carnivores, insectivores and ungulates among others. Almost all scientists think that both fruit bats (megachiropterans) and 'insectivorous' (echolocating) bats (microchiropterans) are a natural group, descended from a common ancestor, although there are some that think the megabats are the descendants of a primate group. Due to the enormity of the task of sorting bat relationships (these generally tiny mammals make up about one-quarter of all living mammal species), a clear idea of the interrelationships of bats is probably well in the future.

Archaeonycterids are the oldest known bats, but there are no known 'protobats'; when archaeonycterids first appeared, they had most of the basic characteristics of other bats - they were small, winged mammals fully capable of powered flight - albeit with certain primitive features. One of the most primitive known bats, from the early Eocene of Wyoming, could not echolocate, suggesting that powered flight evolved in bats before echolocation did. There is therefore debate over bat origins. The place of origin of modern bats is also debated. One view, presented in the paper describing Australonycteris, suggests that modern bats may have originated during the early Eocene from an isolated group of archaic bats in the Southern Hemisphere (Hand et al. 1994). Although this view can't be discounted, the fossil record for archaic bats is extremely fragmentary and new discoveries will undoubtedly change the story. For example, a recently discovered early Eocene site in India has a high diversity of archaic bats, suggesting early contact between India and Eurasia and India as an unexpected centre of bat diversity. 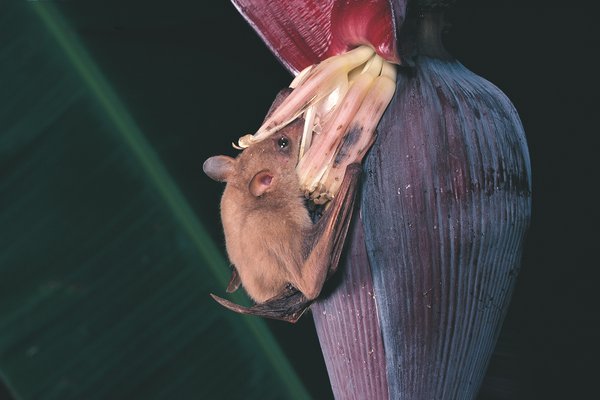 North Western Freetail Bats appear to be restricted to mangroves and adjoining areas.

Kambara implexidens, from the early Eocene of Queensland, was a mekosuchine, an ancient group of primitive Gondwanan crocodiles.

The Tingamarra Swamp Crocodile hunted small vertebrate animals such as mammals, turtles, snakes and fish. It belongs to an ancient group of crocodiles whose relationships to living crocodiles are unclear.

Tingamarra was a small ground-dwelling mammal that ate insects and fruit.

Murgonemys braithwaitei, known from a nearly complete shell (carapace), was a trionychid (soft-shelled) turtle and the oldest trionychid from the Southern Hemisphere.

Murgonemys braithwaitei
Discover more
Back to top
You have reached the end of the page. Thank you for reading.