The prettier Flower Spiders have smooth, glossy bodies with short, unequal legs and a wide, more or less shortened abdomen that is often strikingly coloured. They are usually small in size (males smaller than females) and their two front pairs of legs are much heavier, longer and strongly spined than the hind pairs of legs. All four pairs of legs curve forward in a crab-like fashion, giving the group their other common name, Crab Spiders.

Many other thomisid species, such as Stephanopis and Tharpyna, are not brightly coloured, relying instead on blacks, browns and whites to blend in with the stem, bark and leaf litter habitats they frequent.

Flower spiders are foliage and flower dwellers that depend on their camouflage and ability to keep still both for protection and to catch their prey. Although they frequently change their hunting sites they use a sit-and-wait strategy for catching food. Prey animals, notably honey bees, butterflies, flies and beetles, are grabbed by the spiders' spiny front legs and immediately bitten on the head area. The venom acts quickly to subdue the prey, which is eaten at once. Venom and digestive juices liquefy the insect's internal tissues, which the spider sucks up, leaving an empty but life-like husk.

Some flower spiders are the same colour as the petals of the flowers they occupy, - usually overall yellow or white in colour. This camouflage not only protects them from birds but also gives them a hiding place from which to ambush incoming insects. However, others have a brownish to green carapace and legs and an abdomen that is white or yellowish and variously patterned in red, brown or green. This patterning allows these spiders to blend in with leafy foliage or flowery backgrounds. Some species can undergo slow changes in colour in order to adjust better to their background.

Flower spiders are diurnal and are common on Australian native flowers such as grevilleas and wattles. They are territorial with only one spider occupying a flower, unless they are male and female come together for mating. The occupant will often sit on a flower until the petals wilt before moving onto another flower. At night flower spiders hide under the petals or leaves.

Other members of the thomisid family, called crab spiders (such as Stephanopis scabra), are less colourful. They live on bark where they are well camouflaged with their knobbly bodies and dull brown-black colours. Still others, such as Runcinia elongata, live among grassy herbage. Their russet coloured body blends with the grass seed heads on which they are often found.

After mating, a female flower spiders conceal and guard their woolly egg sacs within a leaf or grass blade shelter, sometimes folding the latter origami-like into a little box-like retreat, and she will provide her developing young with insects. Sometimes she may be eaten too, especially if food is scarce.

In southern Australia, Australomisidia (previously Diaea) are social spiders. They weave a ball-shaped communal nest out of slender eucalypt leaves. These spiders are comparatively large (7-9mm females) and lack the bright colours typical of other Australomisidia species. The females migrate from their parental nests after mating, and construct their own nest, beginning with a single coiled leaf. After four or five leaves are added, a single egg sac is constructed and about 45 eggs are laid. The mother then continues to build the nest and to provide her young with large prey items such as beetles and wasps. The young develop during winter and spring, and sometimes help the mother to build up the nest further. However, they will eventually eat their mother if food becomes scarce. During the summer months the males mature first, migrating to find other nests. The females mate within their parental nest before their own migration.

Flower spiders are not dangerous to humans. 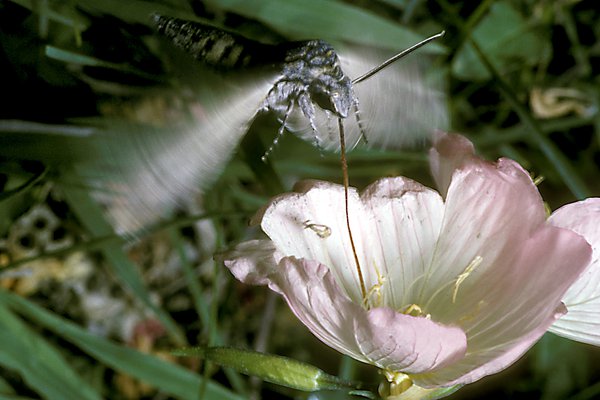 Steatoda sp.
Discover more
Back to top
You have reached the end of the page. Thank you for reading.