Blue-bellied Black Snakes are predominantly a shiny bluish- or brownish-black, with a dark bluish-grey or black belly. Some individuals can be cream/pale grey in colour, with each scale edged in black, giving a spotted appearance (hence their other common name Spotted Black Snake). Others may be intermediate between the two, having a mixture of pale and dark scales that form thin broken crossbands, however in all forms the head is uniformly dark.

The head is relatively broad and deep, and barely distinct from the robust body. There is an obvious brow ridge over the darkly-coloured eye.

The Blue-bellied Black Snake can be found in a range of habitats, from river floodplains and wetlands to dry sclerophyll forest and woodlands. They shelter under fallen logs, in deep soil cracks or abandoned animal burrows, and also in dense matted vegetation.

In the wild, the species eats a variety of vertebrates including frogs, lizards, snakes and mammals. It also eats the occasional invertebrate. Blue-bellied Black Snakes are primarily diurnal hunters; however they will forage late on warm evenings.

Male combat and mating has been recorded in wild Pseudechis guttatus occurring in the period between late winter and early spring (late August-early October). Combat appears to involve initial biting, followed by intertwining, and then pursuit with more biting. Gravid females have been observed in the wild in late winter-early spring (5 September-October).

In captivity, mating snakes coil loosely together with their tails wrapped around each other. The male occasionally moves his head back and forth along the female's body during copulation, which may last up to five hours. After a successful mating, the male shows no further interest in the female. Gravid females will usually refuse food in the period between mating and egg-laying.

Between 5 and 17 eggs are laid which may take up to 87 days to hatch, depending on the incubation temperature. The young remain in their egg for one or two days after slitting the egg case before emerging to begin their independent lives.

Usually a shy animal, the Blue-bellied Black Snake will defend itself aggressively if threatened. It will first give a warning display, hissing loudly and holding its flattened forebody in a low S-shape. Further harassment will cause the snake to strike out, although it sometimes does so with a closed mouth. If the snake does bite it often hangs on and chews, ensuring a good dose of venom is injected. The venom is highly toxic and contains coagulants, haemolysins, neurotoxins and cytotoxins. Anyone suspected of receiving a bite from a Blue-bellied Black Snake should seek immediate medical attention.

Seek medical attention as soon as possible.
First aid guidelines were correct at time of publication however these guidelines change over time. For up to date first aid information consult medical professionals such as St John's Ambulance. 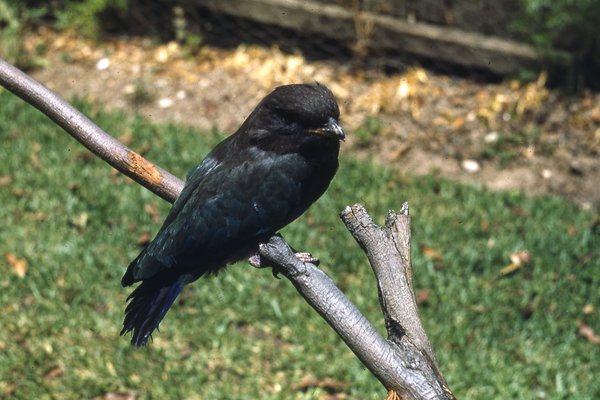