The Striped Dolphin is a small sleek compact dolphin with a long well defined beak, prominent dorsal fin and short tapering flippers. It is the striking body pattern that gives it its name. A bold black stripe runs the full length of the body from behind the eye to the anus. This separates the bluish grey flank from the white ventral surface. A second smaller stripe runs from the front of the eye to the behind the flipper. A third section of dark grey covers the top of the head, the dorsal fin and on towards the back of the body.

The distribution of the Striped Dolphin is confined to warm tropical and temperate waters, where it occurs in schools of many hundreds of animals. These groups are highly visible as they stir the surface with displays of high speed swimming and aerial acrobatics.

A widely distributed species such as this tends to include a high diversity of organisms in its diet. These include a variety of shoaling fish and cephalopods (squid and octopus) concentrating on those species occurring in large dense schools.

These animals form very socially cohesive groups of between 100 and 500 individuals however the age structure varies. Some are composed of adults only, others consist of adults and juveniles. Calving occurs in late summer in smaller mixed aged schools numbering about 30 animals. The gestation period lasts about one year with the interval between such events around of four years.

The Striped Dolphin is an abundant species. It has had some regional population losses such as those stemming from the drive fisheries practiced in Japan, and the mysterious die off of more than 1000 individuals in the Mediterranean. Fishing industry practices still cause some deaths through entanglement and indirectly impact on some populations by depletion of their food resource. 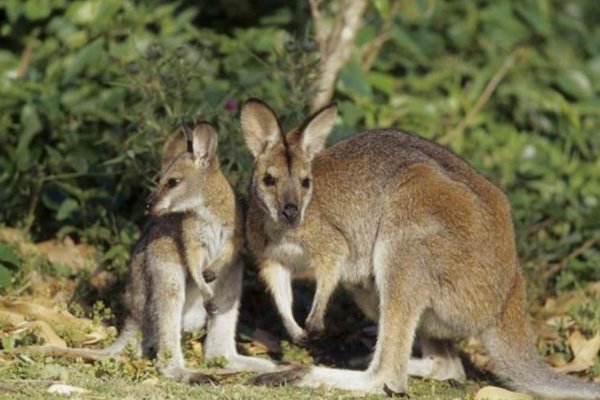 Medium-sized grey-brown wallaby, black stripe running from the forehead down the back. 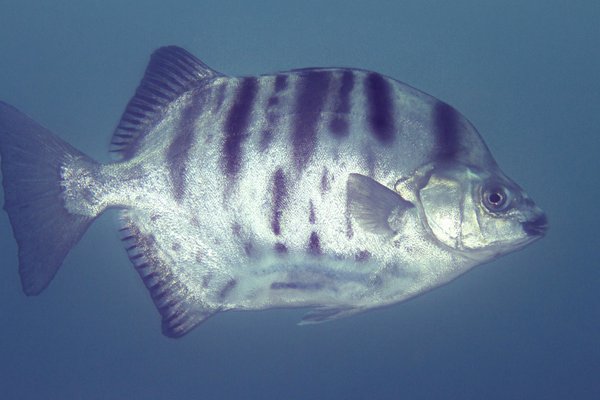 The White-striped Anemone is one of the most easily recognised anemones of Sydney's rocky shores.