Many Australian members of the butterfly family Lycaenidae (Blues, Coppers, Hairstreaks, Azures) have an unusual association with ants: they have specialized organs or glands that secrete substances that may attract, appease or reward ants. While not all lycaenid butterflies need ants, certain members of this family can only complete their life cycle in association with particular ant species. Each butterfly species is usually associated with a single ant species. The extent of the association varies.

Members of the Family Lycaenidae are mainly found in the tropics. There are 125 species in Queensland, of which 102 are found north of Townsville. In contrast, only nine species are found in Tasmania. Many of the tropical and subtropical species are found in rainforest, but a few species occur in other habitats. A few are found in the arid and semi-arid environments of central Australia. Many species have limited distributions with specialised habitat preferences. Their populations tend to be localised, reflecting the patchy co-occurrence of the larval plant food and attendant ants. These factors make many lycaenids very vulnerable to habitat disturbance, and many species are threatened with extinction.

Ants are normally predators of butterfly larvae (caterpillars), however lycaenids have evolved a range of mechanisms to overcome predation. These mechanisms either deter the ants, or attract them by the secretion of compounds that are so attractive to ants that they will protect the larvae instead. Associations between the ants and the lycaenid larvae range from mutually beneficial relationships, where the ants get fed in return for feeding and/or protecting the larvae (for example, from parasitic wasps and predatory flies), to relationships where the larvae actually prey upon the ants.

Variations in the associations between ants and lycaenid larvae relate to the types of glands present and the chemicals produced by any one species of lycaenid. Three types of glands and the substances they produce are:

Ant attendance also varies with the larval (caterpillar) developmental stage (instar), with the later instars getting more attention than earlier ones. Other factors that may influence relationships are season, habitat and time of day.

Associations with ants include the following categories:

These associations between lycaenids and ants usually benefit both partners (known as mutualism). However, even though the ants may benefit from harvesting food rewards offered to them by lycaenid larvae, they do not depend on lycaenids for survival and reproduction. Instead they forage on a wide range of other food resources. Similarly, most lycaenid larvae feed on the young leaves, flowers and seeds of plants, and are not completely dependant upon the ants they may be associated with. A small number of Australian lycaenids live as parasites within ant nests where they feed on the immature brood of their host ant.

Introduced pest ants are a direct threat to lycaenid butterflies because they compete with or destroy the indigenous ants upon which these butterflies depend.

Lycaenid eggs are laid singly or in clusters on the underside of a leaf of the larval food plant. These eggs usually have a reticulated (net-like) pattern of ridges and intervening pits radiating out from a depression at the top, either obliquely, or at right angles. At the intersections of ridges, there are often knobs or spines.

In lycaenids there are usually five larval development stages (instars) before pupation. The final instar often spins a silk pad to which it attaches before becoming a pupa. Lycaenid larvae are relatively small compared with many caterpillars. They often hold their heads underneath their bodies, which are usually flattened and may be covered with small hairs.

The pupal cuticle splits to release the adult butterfly. Adults are generally small butterflies, and are known as Blues, Hairstreaks, Coppers or Azures, in reference to their blue or coppery wing colours. 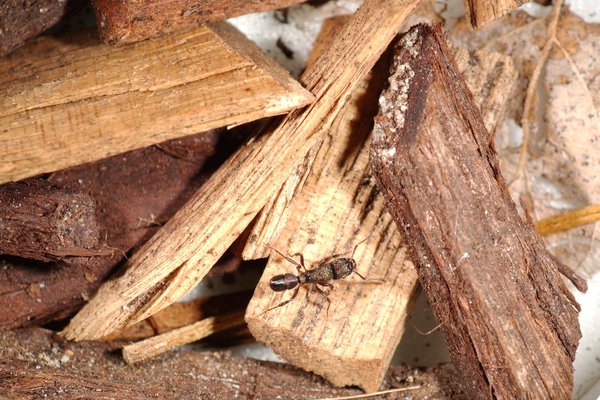