This large lichen moth rolls its wings around its body in the "footman" style. It has a long north-south distribution on the east coast of Australia, and is also found on Lord Howe Island.

Males are unmistakable, with elongate forward-pointing labial palps which have a clubbed tip. Females lack the elongate labial palps, and have pale white forewings and cream hindwings. Females might be confused with the pale Hesychopa chionara, but H. chionara has an angular tip on the forewings which are rounded in C. hirta,

The Wedge-tailed Eagle is Australia's largest living bird of prey and one of the largest eagles in the world. 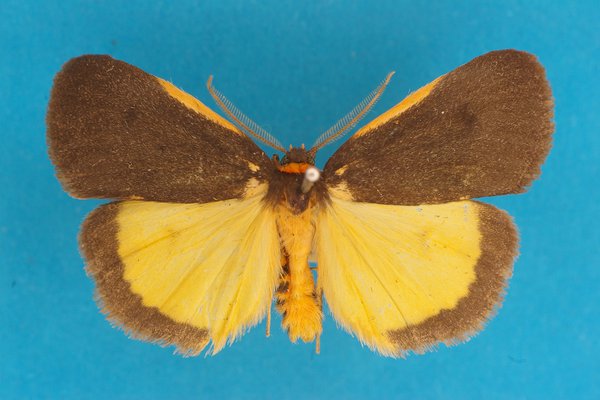