The Flasher Sandgoby is translucent with tiny dark orange-brown spots on the body. The species occurs in tropical marine waters of the Western Pacific.

The Flasher Sandgoby is usually seen on sand adjacent to coral reefs. It hides in the coral when approached. This fish can be found at depths between 5 m and 25 m.

The species is often observed raising and lowering its dorsal fin, hence the common name. 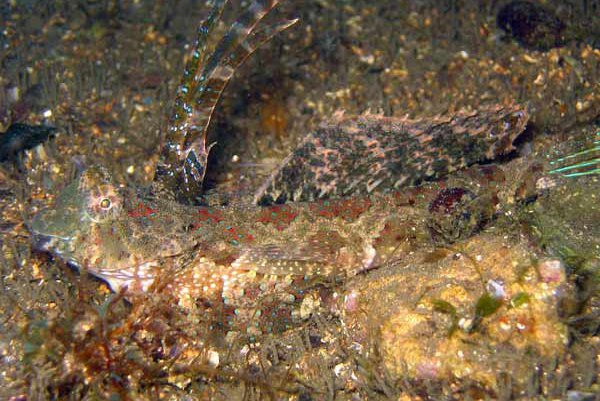 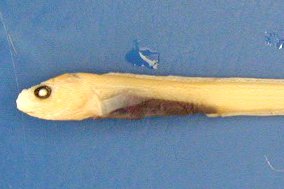 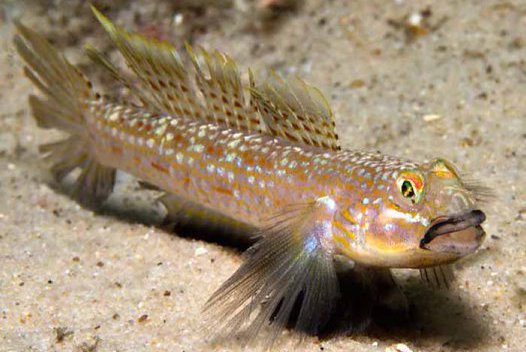