The Powerful Owl is a large owl with a relatively small head and a rounded tail. It is dark grey to dark grey-brown above, with white barring, and off-white below, with distinctive dark v-shaped chevrons. The eyes are yellow, set in a dark grey/brown facial mask. The legs are feathered and the yellow to orange feet are massive, with sharp talons. The sexes are alike but the female is smaller, with a narrower head. Juvenile birds are downy white on the head and underparts, the underparts are sparsely streaked, and they have much shorter tails than the adults. Powerful Owls are the largest of the Australian nocturnal birds (night birds).

The Powerful Owl is found in open forests and woodlands, as well as along sheltered gullies in wet forests with dense understoreys, especially along watercourses. Will sometimes be found in open areas near forests such as farmland, parks and suburban areas, as well as in remnant bushland patches. Needs old growth trees to nest.

The Powerful Owl is endemic to eastern and south-eastern Australia, mainly on the eastern side of the Great Dividing Range, from south-eastern Queensland to Victoria.

The Powerful Owl is a carnivore, eating mainly medium to large tree-dwelling mammals, particularly the Common Ringtail Possum, Pseudocheirus peregrinus, and the Great Glider. It will also take roosting birds and sometimes small ground-dwelling mammals such as rabbits or small marsupials. It forages mainly in trees, swooping down on prey and taking prey with its feet.

The Powerful Owl mates for life (over 30 years in some cases) and pairs defend an all-purpose territory year-round. The male prepares the nest, which is usually a vertical hollow in a large old tree, and provides the female and young with a constant supply of food during the early part of the nesting period. The female incubates the eggs and broods the young, emerging later in the nesting period to hunt for food as well. Young birds remain with the parents for several months after fledging and may stay within their parents' territory for over a year. 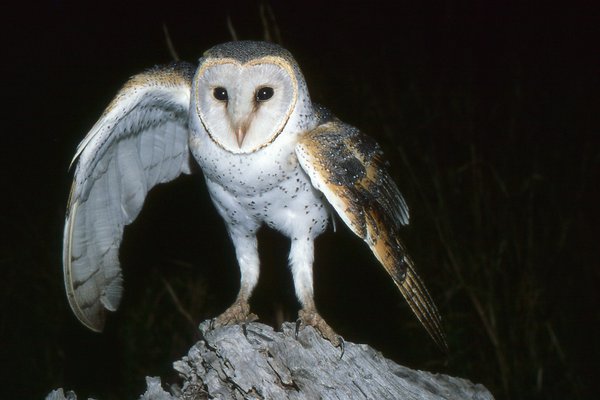 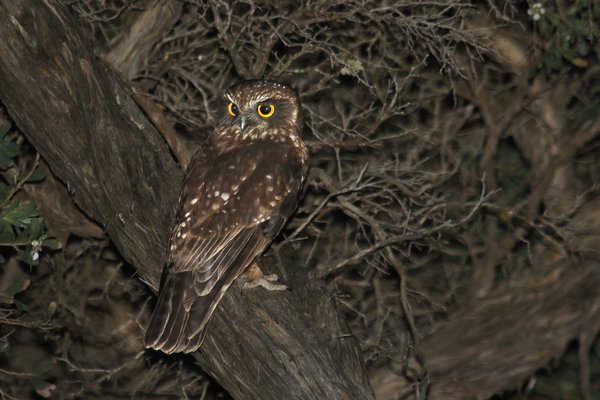