The Eclectus Parrot is a large parrot (430-450mm including tail) with marked sexual dimorphism (the male and female are different).

In flight for both sexes the blue-wing linings and orange tail are conspicuous.

In both sexes the bill is dark brown-grey becoming dusky yellow towards tip.

The Eclectus Parrot is found in the canopy of rainforests and in adjacent eucalypt woodlands.

The Eclectus Parrot is found on Eastern Cape York Peninsula, from Pascoe River south to Massey Creek and inland to McIlwraith Range and is locally common. Also widely distributed from Solomon lslands west through New Guinea to Moluccas.

The Eclectus Parrot is a year-round resident.

They may be adversely affected by fires late in the dry season which destroy nesting trees at the edge of the rainforest. 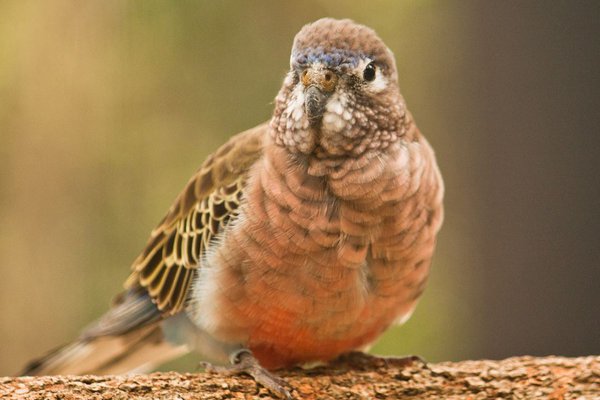 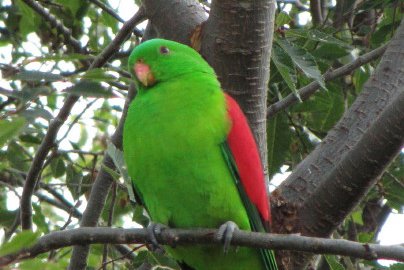 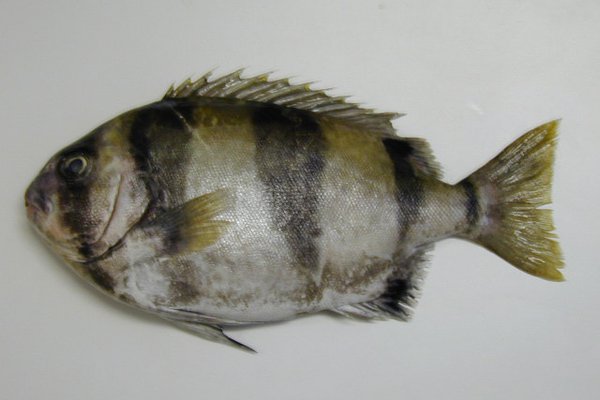 A recent specimen of the Night Parrot Geopsittacus occidentalis