Peter's interests in reptiles developed at an early age and he achieved some notoriety in the scouting movement for collecting snakes and especially for producing them unexpectedly out of bags. His family never discouraged his interest in reptiles and by the time he was 12 he was catching snakes and lizards of all kinds. He also had constructed a "lizardarium" in the backyard.

Peter was a member of the Australian Herpetological Society for over eight years, having joined in 1971 when he was still in primary school. During that period he maintained an active interest in the affairs of the Society and served as its secretary for several years.

Peter had broad interests in herpetology and was characteristically resourceful in pursuing them. He was particularly interested in behaviour and wrote several notes based on his observations of both captive and wild animals. He was also interested in taxonomy and at the time of his death had published, or was about to publish, several papers revising and describing various species of skinks. In the year before his death, he became especially interested in the ecology, evolution and systematics of the large and widespread Australian skink genus Ctenotus, and he planned to pursue this interest in an Honours year at Macquarie University.

The trip to New Caledonia on which he died was partly a holiday after having successfully completed his Bachelor of Arts degree in Science at Macquarie, and partly a feasibility study for future work on the island's herpetofauna. In what he accomplished and planned, Peter showed great ability. He was 23 years old when he died.

Peter had two species named after him in honour as a friend and colleague. In 1979 Dr Glen Storr named the gecko Diplodactylus rankini from Western Australia, and in 1986, Mr Ross Sadlier named the skink Nannoscincus rankini from New Caledonia.

Up close and personal: James Edge-Partington in Australia in 1897. In From Field to Museum—Studies from Melanesia in Honour of Robin Torrence, ed. Jim Specht, Val Attenbrow, and Jim Allen

A new lizard in the genus Ctenotus (Lacertilia: Scincidae) from the Northern Territory with notes on its biology 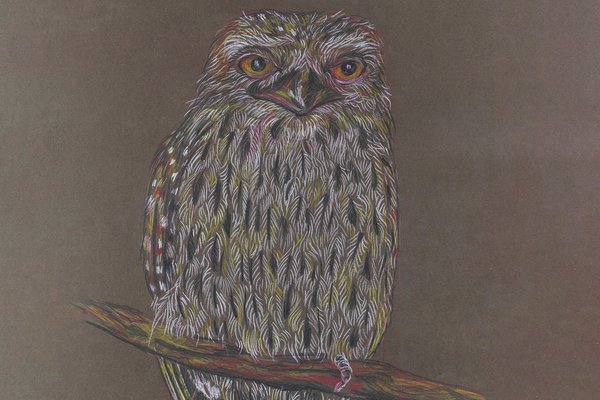 A taxonomic revision of the genus Menetia (Lacertilia, Scincidae) in the Northern Territory