The tooth of the sperm whale known as a tabua is perhaps the most valuable of all traditional Fijian objects. The Australian Museum has a number of these highly significant items in its collection, and each one has something to tell us about Fijian culture and history. 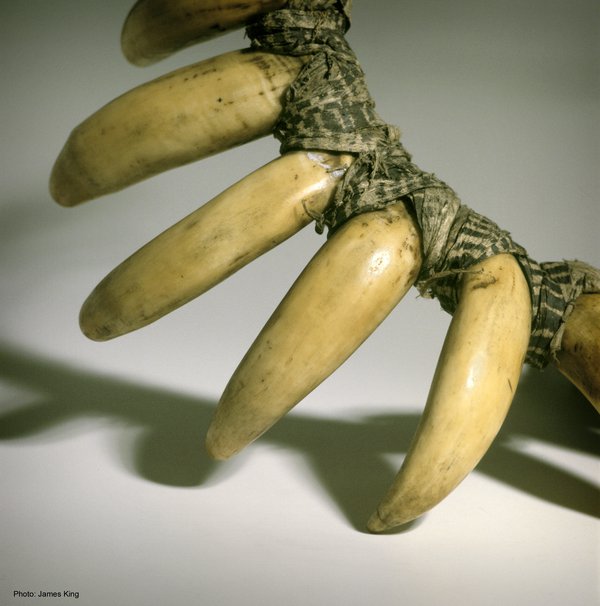 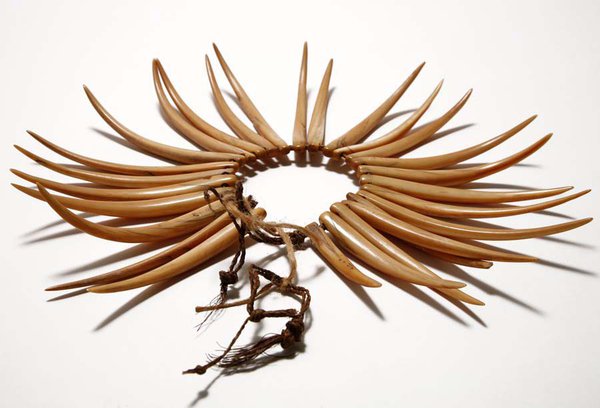 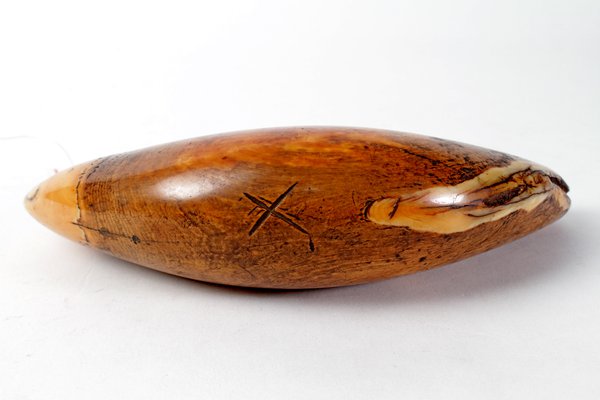 Tabua and whale's teeth ornaments can be found in a number of forms, each of which is represented in the collection. There is the tabua itself, a single whale's tooth smoothed and polished into an object of great power and significance, which is gifted or exchanged at special ceremonies. The Museum also has a selection of tabua which are bound together in necklaces known as sisi, which were worn by chiefs and other individuals of high status. There is also the impressive wasekaseka necklaces fashioned from tabua which have been cut and polished into tusk-like ornaments. Wasekaseka became more common after European contact, with the increased trade in whale ivory and availability of iron tools. The collection therefore represents both tradition and change in this renowned Fijian art form.

The tabua, wasekaseka and sisi in the collection demonstrate a range of styles and production techniques. Tabua generally have a polished appearance, varying in colour from pale cream, to yellow, to walnut brown. However there are a number of tabua in the collection that have a rougher, unfinished feel. Tabua also vary greatly in size, with the larger ones being more highly prized. The cord and bindings of the tabua are created using different materials as well, such as coconut fibre, pandanus or bark cloth.

The gifting of tabua was traditionally a great ceremonial event in Fiji. They were given as offerings for war or peace, as tokens to symbolise marriage or as payment of bride price. In some cases tabua were even presented in exchange for the taking of a life. The gifting and exchange of tabua was a serious business and the recipient was bound by tradition to honour the accompanying request. Their power and significance meant that they were traditionally the possessions of chiefs and other renowned individuals – one such tabua in the collection is said to have been gifted by the great chief Cakobau, known to Europeans as the ‘King of Fiji’. Even today, tabua continue to be valued by Fijians, and are still ritually exchanged at a range of events and ceremonies.