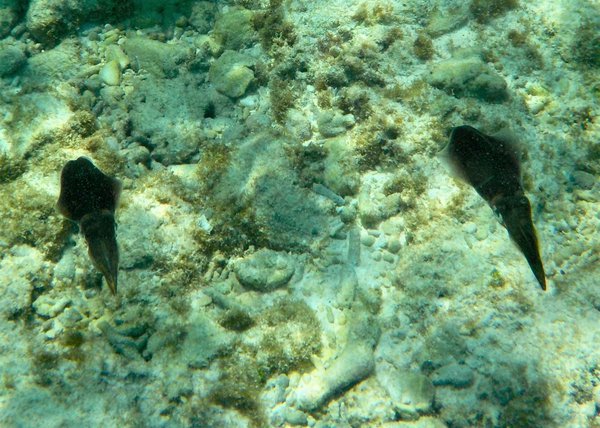 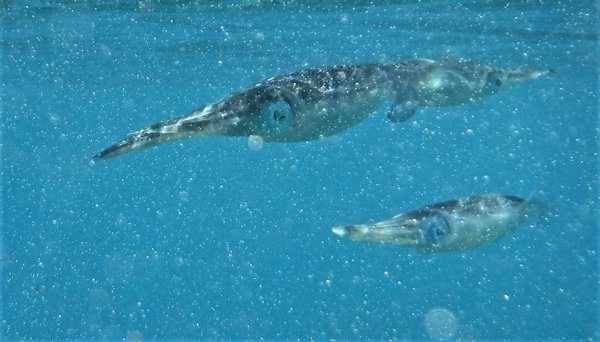 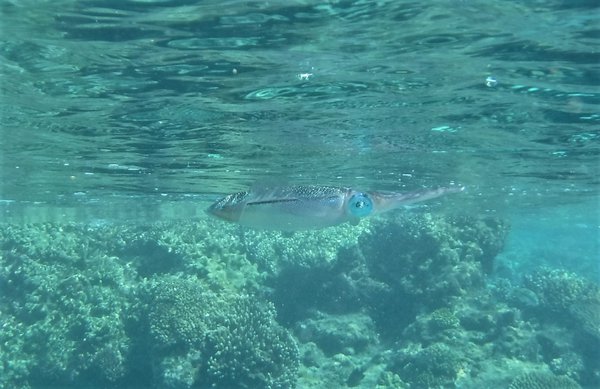 This species is popular for human consumption and is of importance to major fisheries throughout South-east Asia.

Pear-shaped fins extend the length of the body, the widest point being closer to the rear end of the body. Colour patterns include black bands to almost transparent, with a pair of iridescent transverse spots present on the mantle.

Sepioteuthis lessoniana is a large muscular squid found in shallow waters up to 100m depth. They are typically found on coral reefs and seagrass meadows, moving in to coral reefs particularly at night to feed.

Large distribution throughout the tropical Indo-Pacific from Hawaii to the Red Sea. Found in Northern Australian waters from northern NSW/Southern Queensland around to Shark Bay in Western Australia.

S. lessoniana is a voracious feeder, mainly on prawns and fish- but also on other crustaceans such as stomatopods and crabs.

This squid forms schools of similar-sized animals, possibly due to regular cannibalism between size classes. The spawning season is dependent on the oceanographic conditions and can be quite extended.