About the size of a rabbit, the Long-nosed Bandicoot has pointed ears, a short tail, grey-brown fur and, of course, a long nose.

Long-nosed Bandicoots live in forests and woodlands, and heath.

Long-nosed Bandicoots are found in eastern Australia, from Queensland, New South Wales and Victoria. They were once widespread and common in Sydney. Today, their range and distribution in the Sydney region is reduced, and isolated populations remain in bushland areas to the north and south of Sydney. A small colony at North Head, Manly is classified as an 'endangered population'.

The Long-nosed Bandicoot is probably best known for the small, round conical holes it leaves behind as it forages at night. These holes are dug with the front feet and are big enough for the animal's long, sensitive snout to reach in and detect insects and other small invertebrate prey. During the day they sleep in nests made from grasses and other plant material.

Long-nosed Bandicoots are solitary for most of the year. The gestation period of only 12.5 days is one of the shortest known of any mammal. 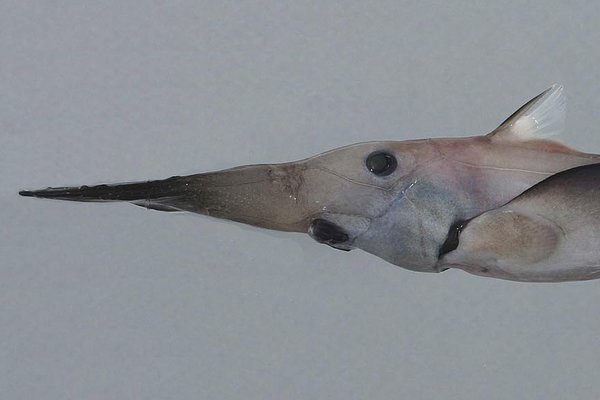 Access images and fact sheets of rhinochimaerid fishes. These fishes have also been called Long-nosed Ghost Sharks and Longnose Chimaeras.

Perameles bowensis, from the Pliocene of New South Wales, is one of the oldest and most primitive of the Peramelidae, the family to which most Australian bandicoots belong.

The Southern Brown Bandicoot is listed as an endangered species in New South Wales and is known from only two areas.

Isoodon obesulus
Discover more
Back to top
You have reached the end of the page. Thank you for reading.