Flower wasps are large solitary wasps, often with bright colours or a metallic appearance. Adult wasps are nectar feeders. They are often seen moving between flowers in mid- to late summer and they play an important role in pollinating native plants. 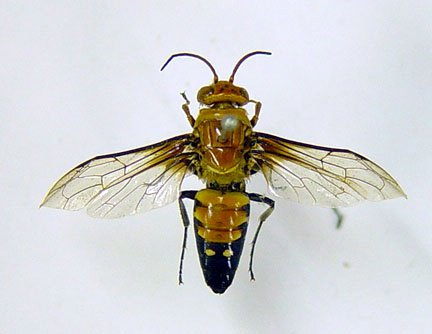 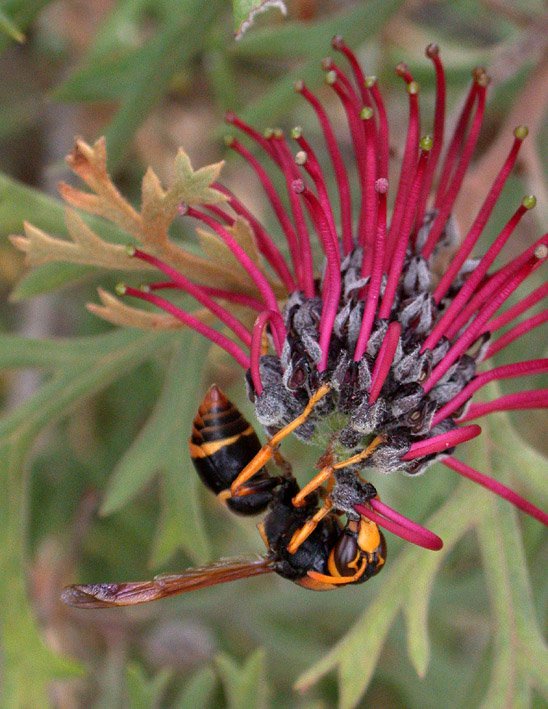 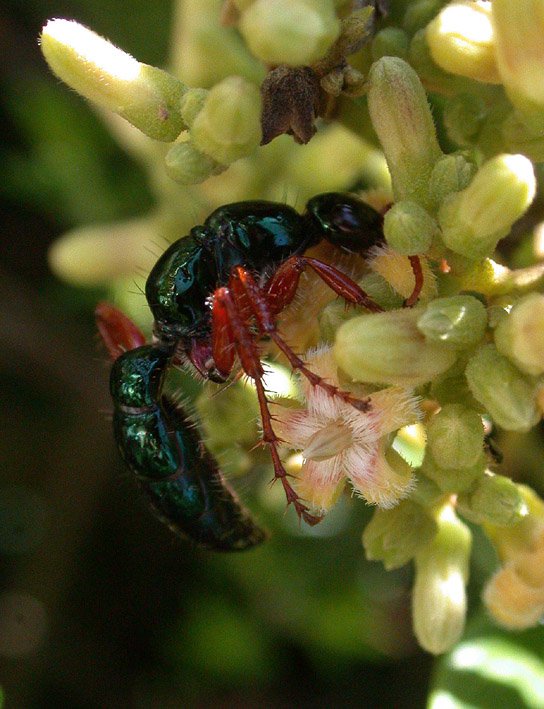 Flower wasps are often seen in urban gardens, as well as living in forests, woodlands and heath.

Flower wasps are found throughout Australia.

Female flower wasps dig through the soil to reach beetle larvae and other soil insects. When a grub is located, the wasp lays an egg on it, and the developing wasp larva then eats it. Adult wasps feed on nectar.

The body of female flower wasps is adapted for digging.

Many species of flower wasps have wingless females (for example, the Blue Ant). In these species, mating occurs on the wing, with the male wasps carrying the female wasps. Some males actively feed the wingless females or carry them to food plants.

Female flower wasps are capable of stinging if disturbed. As they are solitary insects, flower wasps do not pose the same level of threat to humans as social species of bees, ants or wasps do. However, unlike bees, wasps can sting more than once, and do not die after stinging. The sting causes a burning pain and swelling. If stings are multiple, a more severe systemic reaction may occur.

In some individuals, wasp, bee and ant stings can cause an allergic reaction (anaphylaxis), but this is relatively uncommon. Effective treatment is available, which involves known bee/ant/wasp sting allergy sufferers carrying a special kit when outdoors. Immunotherapy or desensitisation is also available, and can reduce the severity of the allergy.

A cold pack may be used to relieve the pain of the sting. If there is evidence of a more severe reaction or the sting victim is known to be allergic to wasp and bee venom, medical attention should be sought immediately.

Who are the pollinators? - Stage 2

Pollination by animals relies on flowers providing an attractant, usually nectar. Who are the pollinators?

Insects in our gardens - Stage 3

Beetles were probably the world’s first animal pollinators; they pollinated cycads long before flowering plants came on to the scene. What insects are in your garden and why are they there?