The Tasselsnout Flathead has a very large head which makes up about 40% of the length of the fish. It occurs from southern Queensland to south-western Western Australia.

The Tasselsnout Flathead has a very large head which makes up about 40% of the length of the fish. The head has well developed spines but no scales. The large mouth has bands of villiform teeth on the jaws and the roof of the mouth (on the bones known as the vomer and palatines). This species has a short spiny dorsal fin and a long soft dorsal fin. The body is covered with small ctenoid scales.

The colouration of the Tasselsnout Flathead is highly variable from pale brown to purple with darker saddles and markings. The first dorsal fin has a dark band on the margin. All the other fins have markings including dark diagonal bands.

The species occurs in temperate marine waters from southern Queensland to south-western Western Australia. It has not been recorded from Tasmanian waters. 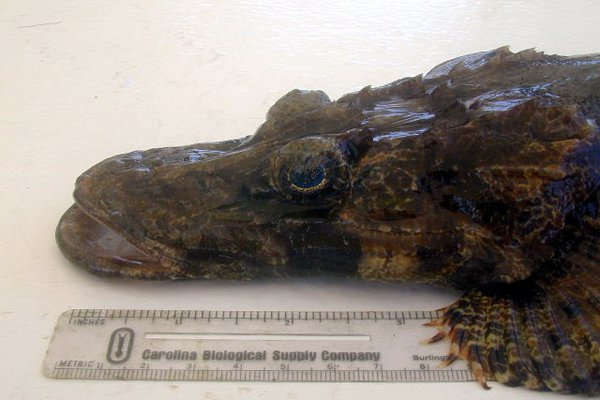