The Ringeye Hawkfish is recognisable by a horseshoe-shaped mark behind the eye that consists of three thin lines. The species occurs on coral reefs in tropical marine waters.

The Ringeye Hawkfish has a horseshoe-shaped mark behind the eye that consists of three thin lines. There are three orange bands on a light blue area on the operculum. A white to pink stripe is often present along the lateral line on the rear of the fish. Each dorsal fin spine is tipped with a cirrus.

The species is usually found on coral reefs.

The Ringeye Hawkfish occurs in tropical marine waters of the Indo-Pacific. In Australia it is known from central to north-western Western Australia and from the entire length of the Great Barrier Reef south to northern New South Wales.

Two new species of Micronephthys Friedrich, 1939 and one new species of Nephtys Cuvier, 1817 (Polychaeta: Phyllodocida: Nephtyidae) from eastern Australia with notes on Aglaophamus australiensis (Fauchald, 1965) and a key to all Australian species. 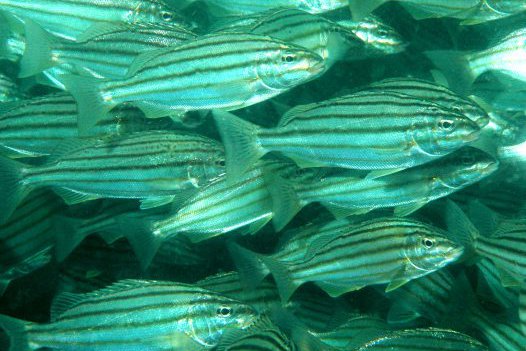 Explore images and fact sheets of the terapontid fishes on the site.

Notes on Australian Cerambycidae. III. Description of a new species of Ceraegidion

Notes on fishes from Western Australia. No. 2