As its standard name implies, few specimens of the Rare Velvetfish have been collected. The 6 mm standard length fish in the top image was the second specimen known, after the 8.5 mm SL holotype.

The Rare Velvetfish has a large depressed head, a large pectoral fin and a lateral line with tubed scales. The dorsal fin originates on the head.

The fish in the image was collected from a bouldery slope in shallow water near the shore.

The image shows a 6 mm standard length specimen that was collected in 2002 during an Australian Museum fieldtrip to north-eastern New South Wales. This was the second specimen of this species ever collected. It extended the known distribution of this species from One Tree Island, Queensland (where the 8.5 mm SL holotype was caught) south by approximately 700 km to Iluka, New South Wales. Larval specimens have been collected in marine waters from several locations off southern Queensland and New South Wales (see life cycle).

This species was described from a single, 8 mm specimen, collected at One Tree Island Lagoon, Qld, Australia. Recently a metamorphosed, settled, 6.4 mm specimen was collected in northern New South Wales, which assisted with the identification of 15 larvae from plankton tows between Brisbane, Queensland (27°S) and Sydney, New South Wales (34°S), Australia. The adult habitat and morphology remain unknown. A full description of the Larval Rare Velvetfish can be seen here. 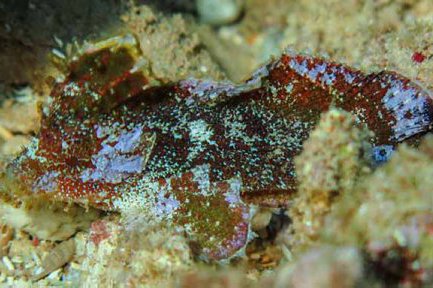 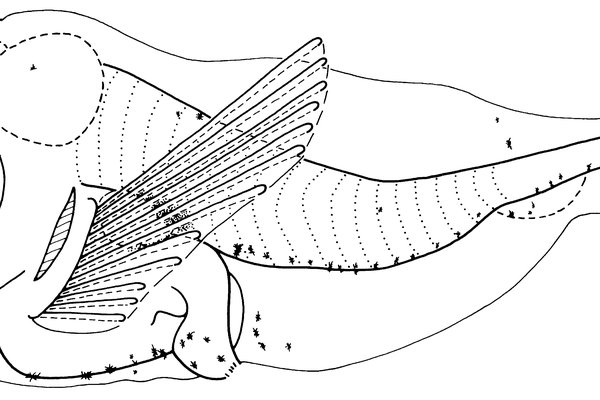 For two weeks in March, staff of the Fish Section and volunteers joined forces with Tony Gill of the Natural History Museum, London to sample marine, estuarine and freshwater areas on the north coast of New South Wales. 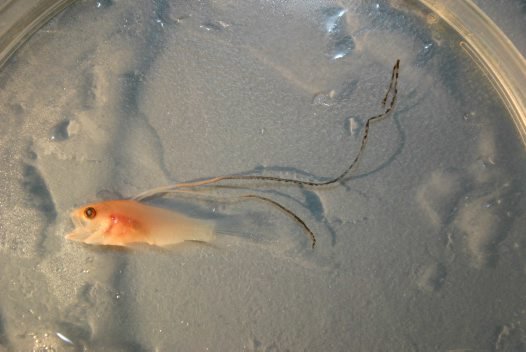