The Masked Bannerfish can be recognised by its distinctive colouration. The species occurs in tropical marine waters throughout the Indo-West and Central Pacific.

The Masked Bannerfish can be recognised by its colouration. It has a black face with white lines above and in front of the eyes. The nape is brown. There is a broad black bar crossing the body from behind the dorsal fin filament to the black pelvic fins.

The Masked Bannerfish is found in tropical marine waters throughout the Indo-West and Central Pacific.In Australia it occurs from the offshore reefs of north-western Western Australia and from the northern Great Barrier Reef south to central New South Wales.

It eats mostly benthic invertebrates such as polychaete worms. 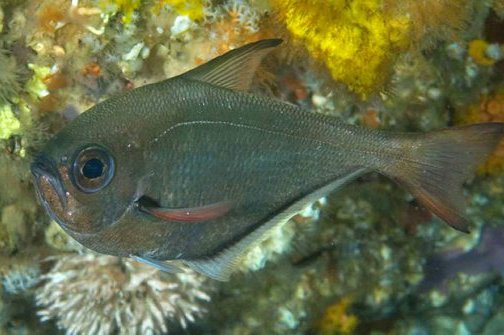