The Giant Moray is mostly brown with dark brown spots. The species is the largest of all the Indo-Pacific morays, growing to 2.5 m in length.

The Giant Moray is mostly brown with dark brown spots. The head is yellow to brown and the gill opening is surrounded by a black blotch.

The species occurs in a variety of reef habitats, often in holes between corals, in caves or under ledges.

The Giant Moray is found in tropical marine waters of the Indo-Pacific. In Australia it is recorded from north-western Western Australia, around the tropical north, and south to southern Queensland.

The Giant Moray is normally not a concern for divers, however it should never be provoked. It is a large, powerful fish with long canine teeth that can inflict serious wounds. Randall (1969) reported an attack on Vernon Brock, who speared a Giant Moray in Hawaii.

In 1948 Vernon E. Brock, former Director of the Hawaiian Institute of Marine Biology of the University of Hawaii, was collecting fishes at Johnson Island (about 1000km WSW of Oahu). He speared a large moray which writhed up the spear and pursued Brock who had dropped the spear and was swimming away as fast as possible. The eel caught him and Brock was bitten on the elbow after lifting his arm to protect his face.

Brock was released by the eel and swam back to the boat, where a torniquet was applied to slow the profuse bleeding. A navy doctor spent two and a half hours sewing the wounds before Brock was flown to Tripler Hospital in Honolulu. Brock spent a month in hospital and then a further 2 months before he had regained reasonable use of the arm.

The eel responsible for the attack on Brock was most likely Giant Moray, Gymnothorax javanicus. It was estimated to have been over two metres long. 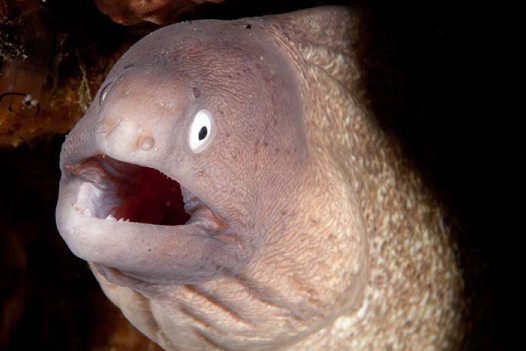 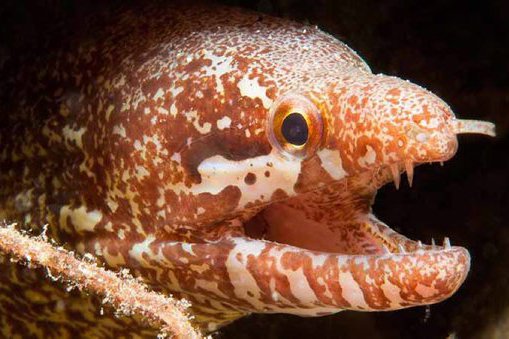 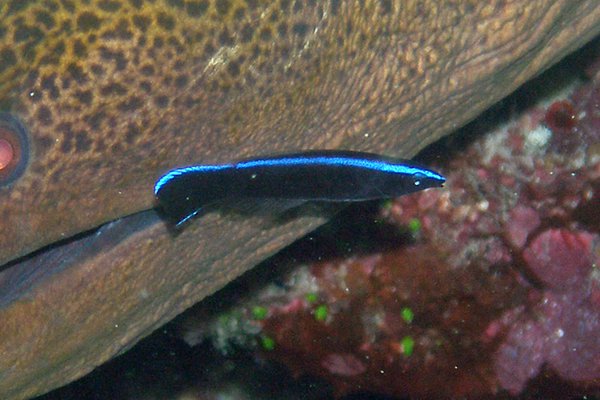 News from LIRS: Learning from the cleaners and their clients

Each month, a selected blog from Lizard Island Reef Research Foundation (LIRRF) is featured at the AM. LIRRF supports scientific research & education at the AM’s Lizard Island Research Station on the Great Barrier Reef. This month, we feature: Learning from the cleaners and their clients.