The species is black to dark brown all over with the exception of the tip of the illicium.

Larvae and free-swimming males have pelvic fins. These fins are lost in females and parasitic males.

It is known from bathypelagic and mesopelagic depths.

The species occurs worldwide. In Australia the Fanfin Angler is known from off the central New South Wales coast and in Australian territorial waters south of Norfolk Island.

The species is sexually dimorphic, with females growing much larger than males. Males have well developed sense organs that are used to find a female. When a male finds a female, he bites her and doesn't let go. His skin fuses with the female and he becomes a parasite on her. 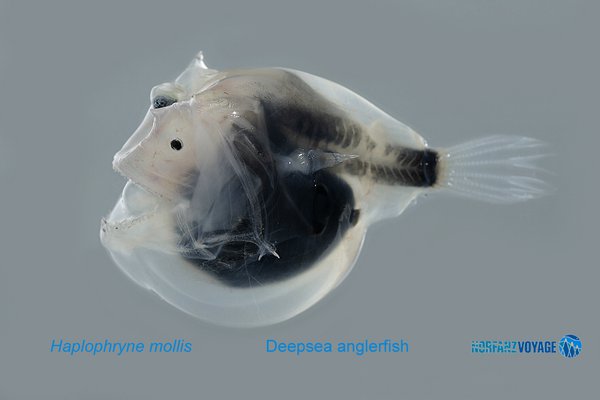 The Soft Leftvent Angler is named for its asymmetrically placed vent. The species is highly sexually dimorphic. Mature males parasitise the much larger females. 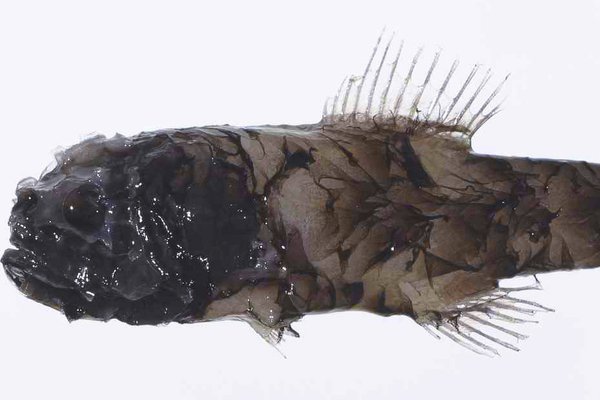